News / Strong first quarter for OOCL, but the pandemic impact is still to be seen 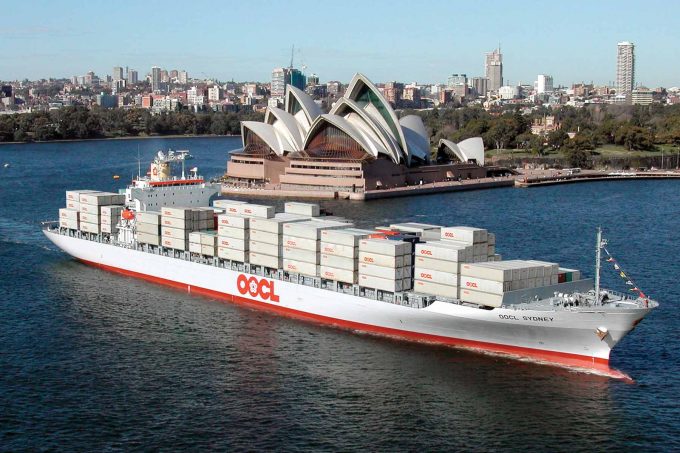 Cosco Shipping subsidiary OOIL’s container arm, OOCL, saw just a 0.4% year-on-year decline in liftings in the first quarter, but revenue was up 5.5%.

However, the Hong Kong-based carrier’s seemingly strong operational performance – a possible bellwether for forthcoming liner financial results – does not include a great deal of the negative impact from the Covid-19 pandemic.

With 43% of its total carryings, OOCL’s intra-Asia and Australasia region is by far the carrier’s largest by volume, with Q1 liftings of 689,922 teu, down 4.5% on the year before.

But despite the reduction, revenue from the trade jumped 10.8% to $506m, suggesting a strategy of cargo selection and tight rate discipline.

The Asia-Europe tradelane accounted for 21% of OOCL’s business and was up 2% at 331,675 teu, earning $327m in revenue, representing an impressive increase of 7.4% on the year before.

The carrier’s smallest trade is the less volatile transatlantic route, on which it carried 8.7% more containers than the year before, at 127,035 teu, with revenue up 6% to $149m.

Container analyst Lars Jensen said they were “good results”, but cautioned: “Keep in mind that, due to timing, the data only includes a limited impact of the global pandemic spread.”

He also suggested that the improved revenue in the period could be attributed to fuel surcharges compensating OOCL for the increased cost of compliant low-sulphur fuel.

In the early part of the quarter this was some $200 per ton more expensive than the traditional heavy fuel oil used by ships in the same quarter of the year before, and ahead of the IMO’s 0.5% sulphur cap which came into force on 1 January this year.

Parent OOIL does not normally publish its financial results per quarter, usually half-yearly, so the actual impact of the higher fuel cost on its P&L account will probably not become known until around August, unless the detail is included within parent Cosco’s first-quarter results.

Nevertheless, by extracting key metrics from the OOCL numbers, Mr Jensen expressed some optimism that carriers were adopting “a judicious approach” to the market during the coronavirus crisis.

“The rate level strength shows the resolve the carriers had during the China virus outbreak to prevent a rate collapse – a resolve which is still in place during the global pandemic,” said Mr Jensen.

Last month, OOIL said it had placed orders with Chinese shipyards for five 23,000 teu ULCVs to bring its complement of mega-containerships to 11.

OOIL reported a net profit of $195m last year on continued business and has thrived on Cosco’s “dual brand” policy since its $6.3bn acquisition by the Chinese state-owned group in 2017.

The traditional April network adjustments by the three east-west alliances are likely to take a ...

Amid the Ever Given fallout, Asian shippers should expect a chronic container shortage, extended booking ...

The first Asia-Europe container vessels have begun to be rerouted around the Cape of Good ...