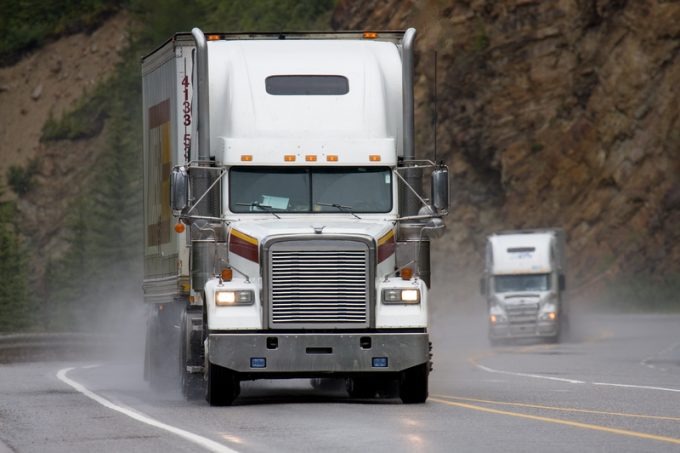 With tender rejections at record highs, shippers are seeing contract rates follow the upward momentum of spot pricing in the US trucking market.

For their part, operators have been spending more on driver recruitment and retention, as the shortage is keeping a lid on capacity expansion.

In October, shipments climbed 0.3% from September, to end 2.4% higher year on year, according to the CASS Freight Index for the month, marking the highest reading since September last year and a 27.8% climb from the low point in April.

David Ross, transport analyst at investment bank Stifel and author of the CASS report, pointed to consumer spending as a major driver, citing a 5.2% rise in retail sales last month.

Seasonally adjusted October data from the American Trucking Association show a decline in tonnage, but the association noted that the difference before seasonal adjustment was actually up 2.7% on September.

The rise in volumes without a corresponding increase in capacity points to a likely increase in tender rejections.

According to the Truckload Carriers Association, tender rejection rates climbed to dizzying highs in September, as carriers could cover only about three in four loads put up for tender. Last week they reached 28.31%.

The inevitable repercussions for pricing have been a strong spot market and contract rates heading upwards. Trucking firm YRC Worldwide reported an average price increase of 4% for new contracts signed in the third quarter.

“Robust spot rates already are starting to push up rates in the much larger contract arena, and constraints on the driver supply stemming from the pandemic likely will maintain that pressure,” warned freight transport consultant FTR in its monthly Trucking Conditions Index for September,  published mid-November.

The driver shortage has also been a factor in curtailing capacity and pushing up rates. and is expected to remain a headache, especially since the pandemic has taken a toll on the training of new drivers. A number of driver schools are closed, and those that are open are running half-full classes.

The driver shortage is also a drag on earnings. Several major firms have reportedly implemented considerable salary increases for drivers and raised sign-on bonuses for recruits. Given a tight supply of new recruits, this dynamic is unlikely to change direction any time soon.

“We envision trucking conditions remaining strong for a while – probably well into 2022 – although we could see some near-term softness once we normalise retail inventories,” said Avery Vise, FTR’s VP of trucking.

But operators remain upbeat. YRC CEO Darren Hawkins expects the market to remain strong for the next several quarters, while JB Hunt has predicted elevated demand at least through the first quarter of 2021.

More upbeat predictions have come with a caveat that an end to stimulus packages, or the spread of Covid-19, could hit demand, but the overall mood is optimistic, especially with the prospect of a vaccine becoming available.

The strong market has boosted trucker results. YRC reduced its net loss from $16m in Q3 19 to a $2m deficit this year. USA Truck tabled net income of $2.6m for the third quarter, translating into 29 cents per share, which beat analysts’ predictions of a profit of 6 cents per share. Management expects results for the fourth quarter to be better.

Meanwhile, truckers are narrowing their focus: USA Truck is shifting into a regional truckload operation, aiming for improved asset utilisation; YRC is pushing ahead with the integration of its national and regional LTL operations, which aims to improve service and cut operating costs. Its earnings release for the past quarter was the first to stop breaking down financial results for regional and national business. And the pandemic has accelerated this consolidation, said outgoing CFO Jamie Pierson.

An outward manifestation of YRC’s shift is the change of brand, as it returns to its legacy ‘Yellow’ name.

“The YRC Worldwide name was chosen over a decade ago when the strategy for the company involved global pursuits,” said CEO Darren Hawkins. Now the company’s focus is on being “a well-positioned North American carrier”.