News / Somali pirates' heyday is over, but maritime crime hotspot moves to Gulf of Guinea 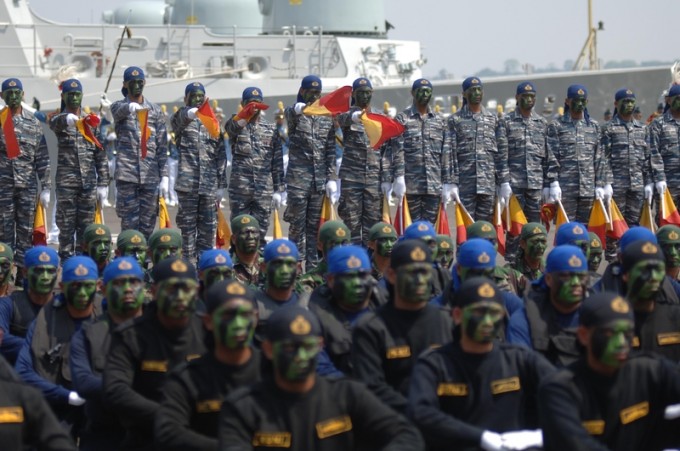 Piracy in South-east Asia more than halved in the first quarter of this year, compared with the same period last year, thanks to action by maritime law enforcement agencies in the region.

According to maritime security intelligence firm Dryad Maritime, just 13 cases of maritime crime were reported in the first quarter of 2016, compared with 35 cases in Q1 15 – however, an increase in terrorist-related activity was an ominous portent.

Ian Millen, chief operating officer of Dryad Maritime, said: In South-east Asia, regional security forces and law enforcement deserve much credit for the improving situation in the area, especially for combatting product tanker hijack and the 2015 crime spree in the Singapore Strait by tackling the criminal gangs at source and by deterring those that might be tempted to work for them through education and more effective patrolling.

“It is not a completely positive picture, with concerns over terrorist-related, maritime kidnap in the Sulu Sea and a worsening crime situation off Vietnam, but, all things considered, the overall picture is a very positive one.”

The company said the most serious incident in the region during the period was the hijack of a tug and barge, carrying coal from Kalimantan in Indonesia to the Filipino port of Batangas, by Islamic terror group Abu Sayyaf.

The tug was ransacked and the 10-stong crew kidnapped. Abu Sayyaf has subsequently demanded a $1m ransom to free them.

That aside, prior to 2016, what had concerned maritime security exports in the region was the escalation of attacks on vessels in the Singapore Strait, particularly those at anchor. However, the last recorded attack was in October, and the gang responsible for this and other attacks in the area has been arrested.

The first quarter also saw a complete absence of attacks by Somali pirates in the Gulf of Aden Sea and wider Indian Ocean, although there were several sightings of suspicious craft during the period.

It is now over two years since the last recorded attack by Somali pirates, and Mr Millen said that while risks remained for vessels transiting their theatre of operations, the pirate heyday had passed.

“The last disruption of a Somali pirate action group was in January 2014 and we have not seen a confirmed attack since then, despite the numerous reports of so called ‘soft approaches’ being deterred by on board security and the talking up of the threat by some commentators whose business models depend upon a continued threat.

“We are by no means complacent, as conditions can change quickly and we need to avoid complacency and monitor the situation carefully, but we are in a period of de-escalation and a return to industrial levels of Somali piracy is unlikely,” he added.

All of which has underscored just how bad the situation is in the Gulf of Guinea, off the West African coast, which has now become the maritime crime hotspot, seeing 31 incidents in total and an alarming trend of criminals switching from robbery to kidnapping, proving far more profitable than stealing and selling tanker cargoes.

The first quarter saw 14 attacks on vessels off the coast of Nigeria alone, six of which led to some 23 seafarers being taken hostage. Region-wide, some 37 crewmembers were kidnapped and two died.

“Criminal enterprises are adaptable and flexible and unencumbered by ethics, morality or international corporate law. No less business savvy than legitimate, law-abiding businesses, criminals can and will adapt to changing market conditions, finding new, less risky and more profitable ways of making their ill-gotten gains. The drop off in cargo theft and increase in kidnap activity in the Gulf of Guinea, could be one such example of this adaptability,” Mr Millen said.

As The Loadstar went to press there were reports that an MSC containership was under ...

As the fall-out from the Ever Given’s grounding in the Suez Canal begins, there are ...

Somali pirates dominated the shipping headlines for the best part of a decade – even ...

The 'fairytale' hijacking of the Brillante Virtuoso

Utterly absorbing long read from Bloomberg on the hijacking of an oil tanker that turned ...

Pirates in the Gulf of Guinea are now believed to be holding more than 30 ...

Piracy globally may have declined during the first nine months of this year, but concern ...

As we reported, after a five-year absence, Somali pirates returned to the high seas on ...

Pirates return and hijack a freighter off Somalian coast

Uh oh, they’re back. In the first such attack in the Horn of Africa region for ...

With piracy off the Somali coast now an increasingly dim memory, the waters of South-east ...