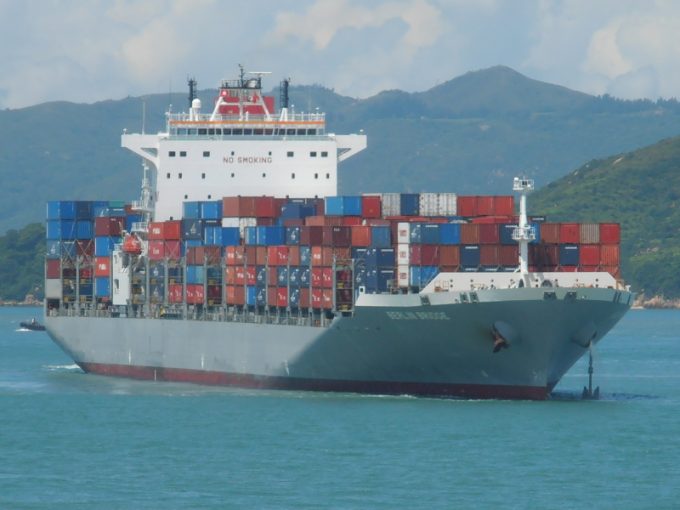 Containership owner Seaspan Corporation – the biggest individual creditor of bankrupt Hanjin Shipping – is showing a $202.8m loss on the value of 10 of its panamax vessels in its third-quarter results.

The impairment write-down on 10 ships under 5,000 teu pushed Seaspan into a $184m loss for the quarter and a $140m deficit for the nine-month period.

In its accounts filing yesterday, Seaspan made a brief reference to the Hanjin bankruptcy and said it had stopped recognising revenue on 1 September for the four 10,000 teu containerships it had long-term charter to the South Korean carrier.

Seaspan also managed three 10,000 teu ships, on behalf of affiliate GCI, which were chartered out to Hanjin.

According to documents released by the Seoul bankruptcy court on 10 October, Seaspan tops the list of Hanjin creditors with claims totalling $41.6m.

Seaspan said it had performed an impairment test on its vessels as at 30 September 2016, “due to the continued weakness in current market rates and declines in the vessels’ market values”.

Oversupply in the ‘classic panamax’ sector has worsened significantly this year, due to heavy cascading by ocean carriers and the opening of the enlarged Panama Canal in June, making many ships of the size effectively unemployable.

According to the latest data from Alphaliner, as of 17 October there were 90 panamax ships seeking fixture, up from 83 two weeks earlier, and most had little or no prospect of finding employment.

And for those ships that do manage to obtain charters, daily hire rates have fallen to an all-time low, with, for example, Maersk Line recently securing the 4,294 teu Northern Guild for two months, with the option for another 12, at $4,200 per day. Less than two years ago, this ship might have commanded a daily rate of some $15,000, with options that favoured the shipowner. It follows that the asset value of panamax vessels has plunged by around 60%.

The redelivery of Hanjin-operated ships has created further significant pressure on an already depressed charter market and comes at exactly the wrong time of year as carriers endeavour to trim capacity for the winter slack season.

Indeed, data from vesselsvalue.com records that Seaspan’s 2011-built 4,526 teu Berlin Bridge currently has a book value of $18.58m and a demolition value of $6.26m. This compares with a valuation of around $51m in May 2015, and approximately $36m at the beginning of this year.

Elsewhere, Japanese shipping group NYK has decided to take a $1bn vessel impairment hit in its half-year accounts. Alphaliner has suggested that NYK’s action could trigger a massive $35bn write-down on the books of ocean carriers if it was repeated industry-wide.

On the wires: Mærsk vs MSC – adult thumb-sucking