Shipping looks to government for help to meet seafarer shortage 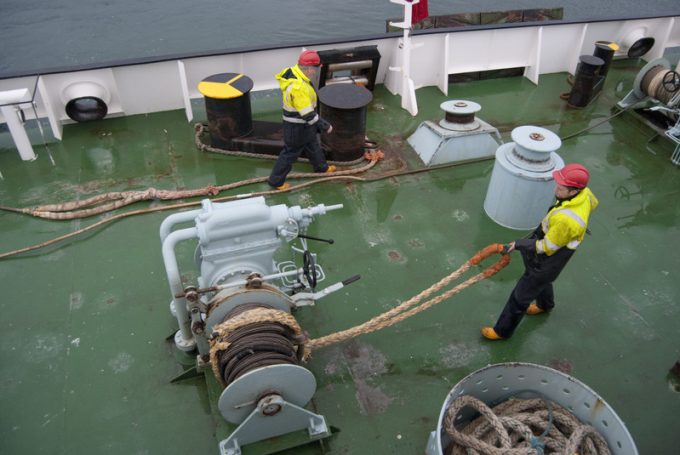 As the world faces up to a dearth of seafarers, the UK government has pledged its support to do “whatever is necessary” to attract people back into the industry.

As London Shipping Week began, deputy director of maritime growth for the department of Transport Rod Patterson said the focus on seafarers formed part of a wider industrial strategy.

Some experts have put the global shortage of seafarers as high as 60,500, forecast to rise to more than 100,000 by 2025. And while the number of working seafarers is rising – last year it was clocked at 1.6m – there are pockets reporting declines, with the UK being one.

Mr Patterson said this drop came despite the demand for deck and ship officers in the country, adding that the numbers in training must increase by some 1,500 to meet the demand.

“Last year, the government provided £15m for training – subsidising 1,860 cadets – but we cannot stand still on this front,” said Mr Patterson. “And while there is more we can do, employers must also take their share of responsibility – training should be seen by them as pivotal for securing their workforce’s future.”

Among the actions by government is a review of the national minimum wage for seafarers operating in UK waters, as well as an assessment of the SMarT+ proposal.

Furthermore, the proposals include assertions from shipowners to commit to employing cadets after their training is completed. Cruise operator Carnival and oil producer Shell have already pledged their commitment.

Shipowners expressed concern at the shortage of available talent, with one asking where it would be able to recruit staff – and how to retain them – as more vessel capacity continues to be delivered.

“Officers provided an additional £1.1m gross value-added contribution to the UK economy compared with the average of the UK workforce,” said Mr Rowlands.

“So subsidising this training makes absolute economic sense, with a £4.80:£1 cost ratio, the economy gaining far more from officers than it contributes to their training.”

To coincide with London International Shipping Week, the UK Chamber of Shipping also released this promotional film to entice prospective cadets to look sign for a life at sea:

The UK Chamber of Shipping has confirmed that Sarah Treseder will succeed CEO Bob Sanguinetti ...