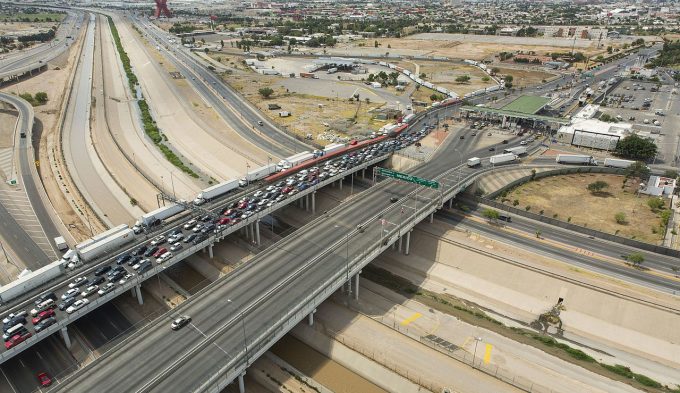 US shippers are calling for the use of trade security programmes to end congestion at the Mexican border by fast-tracking ‘known’ shippers.

Cargo carriers are currently experiencing a 10-fold increase in processing times along the US southern border amid a dearth of Customs and Border Protection (CBP) agents, who have been redeployed to process migrants.

Crossing times at various junctures of the border jumped from 50 minutes to up to nine hours in some cases, with expectations of further delays as Easter week approaches.

As a result, a coalition of forwarders and shippers is urging implementation of known-shipper protocols to keep cargo moving.

The US Agriculture Transportation Coalition has asked for the introduction of the Customs-Trade Partnership Against Terrorism (CTPAT) programme to expedite import and export processing for companies which have successfully completed extensive CTPAT scrutiny protocol.

“These companies are essentially ‘known shippers’ – similar to TSA Pre-Check – with such companies having been promised ‘fast-lane’ treatment,” the coalition said.

“Now is the time to implement; CBP should immediately dedicate lanes for the thousands of CTPAT-vetted companies. This would reduce processing time, increase security and expedite truck flow for legitimate commerce across the southern border.”

The problems will be exacerbated if the US administration follows through on its threat to close the border, a move the National Retail Federation (NRF) warned would “inflict serious damage” to the US economy.

In a letter sent yesterday to Washington DC, the NRF notes that US trade with Mexico exceeds $1.7bn each day.

“Everything from consumer products destined for retail store shelves to intermediary inputs for manufacturing facilities travel across the border. Closing the border for any length of time would result in significant supply chain disruptions for US retailers.

“These disruptions would reverberate throughout the supply chain, impacting everyone from truckers to warehouse workers whose jobs depend on the two-way trade with Mexico. The end result would be job losses, factory shutdowns, increased consumer costs and reduced product availability across the country.”

It continues: “Our members not only rely on Mexico as a source of fruits and vegetables, electronics, appliances, auto parts and apparel, but also rely on the Mexican market for retail operations.

“We strongly encourage the administration to ensure that the free flow of legal trade and travel continues through our southern border…. resorting to a border closure would merely be a self-inflicted wound to the American economy.”