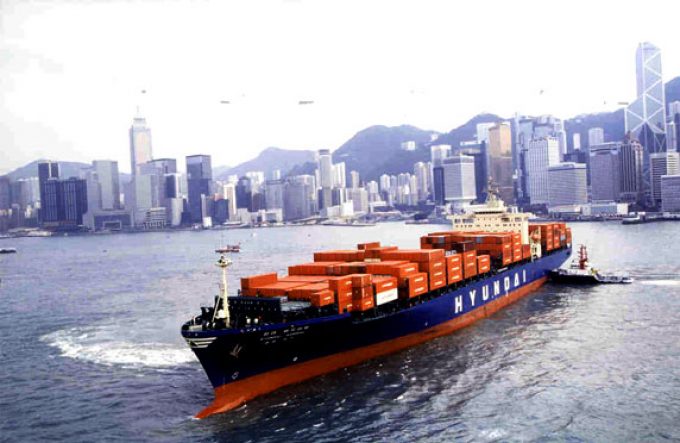 News that their cargo may be loaded onto Hyundai Merchant Marine (HMM) vessels has angered customers of the 2M Alliance.

Shippers expressed concern after the announcement of a strategic cooperation agreement to commence in April, with 2M partners Maersk and MSC taking over charter and operation of a number of the South Korean carrier’s ships, with HMM as a slot charterer on Asia-Europe and Asia-US east coast routes.

Now, Maersk Line and MSC have been obliged to give assurances to customers that cargo will only be loaded onto HMM Asia-US west coast ships if they agree.

Maersk and MSC were forced to give the undertaking after major shippers expressed their fears that supply chains could be disrupted again by action from disgruntled HMM creditors.

An advisory to customers said: ….”2M cargo will only be loaded onto HMM vessels with customers’ express agreement – and only on the HMM-operated service that is part of the Asia to US west coast slot swap agreement.”

Under the 2M + H Strategic Cooperation agreement, HMM will continue to operate its own Asia-US west coast services, which according to Alphaliner currently consists of four ships that are operated within the G6 alliance, and five vessels that are operated independently by HMM on its HNS (Hyundai New Start) loop that it launched in September after the collapse of compatriot Hanjin.

The 2M will take slots on HMM’s Asia-US west coast loops which, after it exits from the G6 alliance next April, is expected to be maintained on a standalone basis.

In the wake of Hanjin’s entry into administration, shippers fear another bankruptcy, which prompted THE Alliance to build a funding mechanism into its vessel sharing agreement that would allow the remaining parties to take actions to facilitate the movement of cargo carried by the failed container line partner.

Commissioner William Doyle, of the US Federal Maritime Commission (FMC), welcomed the move. he said: “I appreciate the initiative undertaken by THE Alliance carriers to place emphasis on how it can help a carrier member’s shippers and other customers in the event a carrier member becomes bankrupt.”

Commissioner Doyle’s comments came as THE Alliance VSA agreement filed with the FMC on 10 November was finally given the green light. Approval had stalled over the FMC’s “serious concerns” about the language within the agreement relating to the alliance’s procurement of services from suppliers such as, tug operators, bunker fuel suppliers, container equipment lessors and stevedoring services.

Concerns had also been raised by industry groups as well as the Department of Justice Antitrust Division.

After receiving substitute framework language – which is on a par with the 2M and Ocean alliance agreements – that permits the discussion of operational matters but prohibits THE Alliance from using collective bargaining power to procure services, the concerns have been satisfied.

Nevertheless, the VSA agreement does allow THE Alliance to jointly negotiate with terminal operators which agree to such an arrangement.

Commissioner Doyle said: “Looking forward, some ports and MTOs [marine terminal operators] may wish to file their own agreements with the commission permitting them to jointly negotiate as a group with the ocean carrier alliances.”