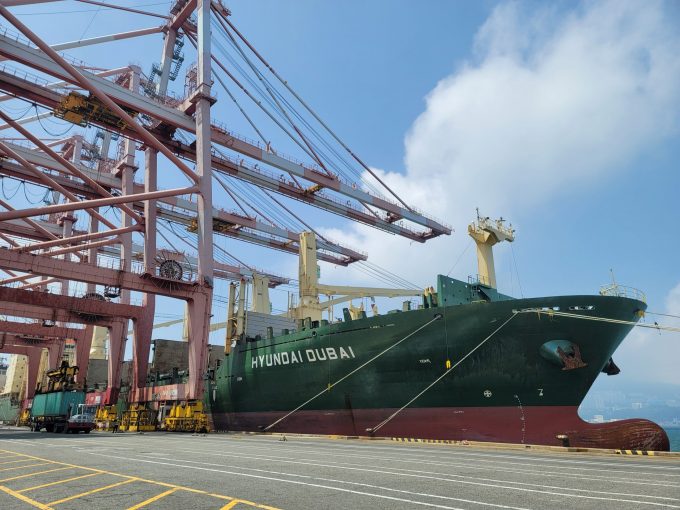 Of the total, due to high demand, 680 teu will be allocated for US west coast-bound shipments, while 50 teu each will be assigned for cargo going to the US east coast and Europe and 120 teu for cargo moving from South Korea to South-east Asia.

The government’s requests for slot reservations has increased from 550 teu, in turn up from 350 teu in mid-2021, as the market witnessed unprecedented tight supply of slots and containers.

In addition, every month, there will be at least four ad hoc sailings on busy routes, such as the US west coast, and additional voyages will be considered after reviewing demurrage and demand from shippers.

Korean logistics company ValueLinkU has been roped in to help, understood to be reserving six 40 ft boxes for its weekly bookings for sailings from Busan or Gwangyang to the US west coast.

Logistical bottlenecks persist, along with the Covid-19 pandemic, and last Wednesday the government discussed the situation with representatives of the Korea International Trade Association and the shipping and logistics industries.

The Shanghai Containerized Freight Index has risen for eight consecutive weeks and reached an all-time high of 5,046.66, up more than five-fold, from 911.85 in March 2020 when the pandemic was officially declared.

Sea-Intelligence estimates that congestion in US west coast ports has removed 12% of the global container shipping fleet, a capacity equal to CMA CGM’s entire fleet.

Vice-minister of oceans and fisheries Eom Ki-doo said: “We will continue to implement support measures until the situation improves, and I hope that this experience strengthens win-win co-operation between national shipping companies and domestic exporters.”

This is the first HMM ad hoc sailing to Houston and, while the carrier has readied HMM Auckland and Sky Rainbow for extra loader sailings, it has not yet confirmed their destinations.