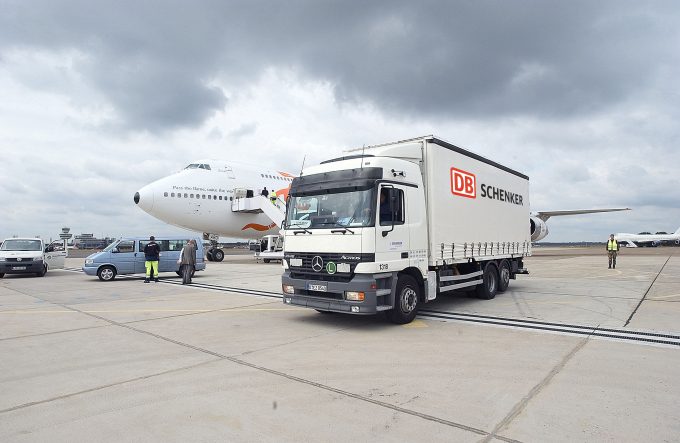 DB Schenker is ramping up its cold chain operations in China, as fresh food demand soars across the country.

Earlier this month the multinational 3PL signed a partnership deal with Sichuan JiuYe, a B2B food trading company based in Chengdu, western China.

Schenker’s north and central China chief executive Thomas Sørensen said the agreement was a milestone in developing the company’s perishable business, and followed the successful handling of the trader’s fresh fruit shipments by air freight out of Sichuan to Moscow, Singapore and Hong Kong.

“We took care of the goods’ appropriate packaging according to the standards of the importing countries, the on-carriage to the airport by truck and the transport by air freight to the final destinations,” he told The Coolstar.

“Currently, we are preparing air charter import shipments of fresh cherries for the food trader from Australia and New Zealand.”

Schenker is developing its integrated logistics solutions in China, which currently comprise domestic trucking; contract logistics for temperature-controlled warehousing; air and rail exports to Russia and Eastern Europe; and imports from Australia, North America and Europe.

“Soon the US could catch up as the import ban on US beef, imposed in 2013 due to BSE outbreaks, was recently lifted,” Mr Sørensen added.

He said dairy product imports was another strong trend, with demand for milk powder continuing to rise due to China’s second-child policy last year.

China is also the world’s largest exporter of fish and seafood products, due to its extensive processing and re-export segments, he noted. Imported raw seafood is processed in China and re-exported to countries including US, Japan, Korea, and Europe.

With fresh cargo demand booming, the requirement for reefer containers is skyrocketing, as shippers look to utilise multimodal transport to lower costs and shorten transit times.

“The demand for reefers to transport temperature-controlled goods is growing remarkably and is expected to boost the container fleet market over the next few years. They are also increasingly used to store goods temporarily when there is a lack of warehouse facilities at a destination,” Mr Sørensen explained.

“It is difficult to find qualified professionals who are familiar with the cold chain operation procedures in China as well as with respective international trading rules,” Mr Sørensen noted.

Meanwhile, refrigerated rail freight between China and Europe is becoming increasingly popular. As a pioneer of the so-called New Silk Road rail routes traversing Eurasia, Schenker said some 40,000 containers moved by train between Asia and Europe last year and volumes could increase to 100,000 containers by 2020.

“Rail freight is particularly convenient for the transport of perishables as the use of reefer containers is common. In addition, our rail routes run along the new Silk Road from China to Europe, Russia and the CIS countries – China’s focus countries for perishable trade,” said Mr Sørensen.