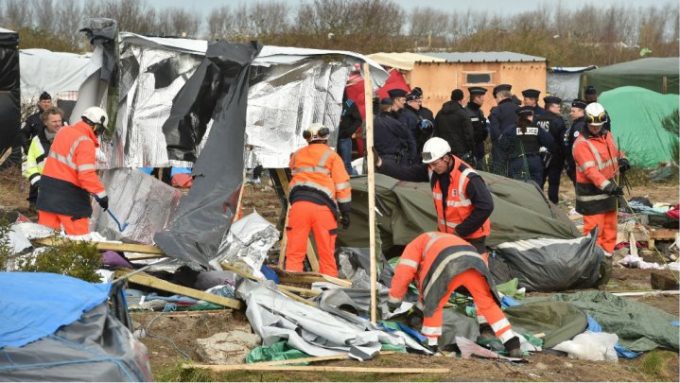 In the three weeks since the notorious “Jungle” migrants camp adjacent to the port of Calais was dismantled, freight traffic flows have eased considerably, with night traffic reporting a 26% month-on-month increase.

Since the removal of the camp, an 87% dip in migrant activity has been recorded by the port, which includes an 87.5% drop in the number of migrants infiltrating lorries.

Chief executive Jean-Marc Puissesseau said it had become untenable for the port to continue operating with a migrant camp the size of the Jungle so close to cargo operations.

“We are therefore relieved by its dismantling,” he said. “We have always worked to improve the port’s security, but there is only so much that could be done.”

Figures this month show port activity up by more than 8% on November 2015, and alongside the increased activity, the French authorities have reported no more assaults on the port’s access road since the bulldozers moved in on the camp.

Kasper Moos, managing director of DFDS in the UK, said the improved security situation in Calais was good news for freight and passengers.

“It is vital that our customers can go about their business uninterrupted, bringing economic benefits not just to the Kent and Nord Pas de Calais regions, but to the national economies of the UK and France,” he said.

“We’ll continue our work with the French authorities to improve the situation further, and to continue to grow business on our routes to France,” he added

The news was also welcomed by Tim Waggott, chief executive of the UK port of Dover, which sees 75% of its £119bn in trade going via Calais.

“This will always be the shortest crossing between the UK and mainland Europe,” said Mr Waggott. “It is therefore essential that it is also a safe and secure gateway for the efficient movement of people and goods as we work to keep our economies moving.”

Alert to freight: people-smugglers will take advantage of lockdown easing

Forwarders are bracing themselves for increased difficulties and delays on cross-Channel road freight shipments following the ...

Shipping lines are coming under increased pressure from the refugee and migrant crisis in the ...

A dangerous game in the southern Adriatic

I cannot say I have the fondest memories of the Greek ferry port of Patras ...

A Polish van driver died this morning after colliding with three trucks on one of ...

Globalisation needs to be all or nothing

Op-ed piece in the increasingly excellent Quartz which argues that far from relegating millions to ...