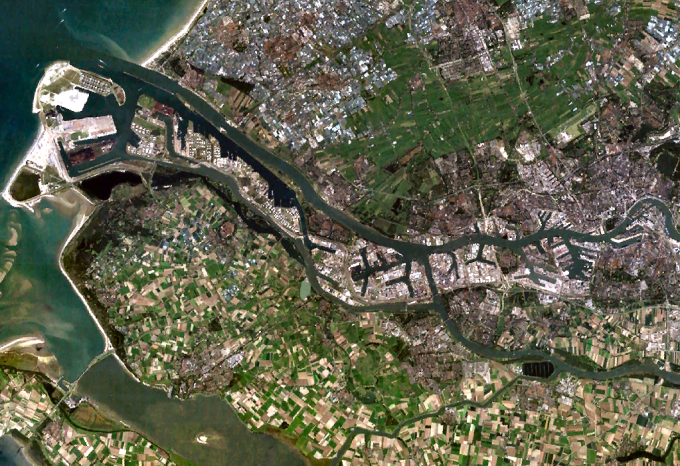 There was good news and bad news as Europe’s largest ocean gateway reported its half-year figures this week.

The upside is that the port of Rotterdam’s market share in the Hamburg-Le Havre range grew by 0.3% to 38.3%, but there was a 3% decline in goods handled.

He forecast that Rotterdam’s volumes would not decline dramatically in the remaining months of this year.

Although container throughput at Rotterdam had dropped 2.3%, from 6.23m teu in the first six months of last year to 6.09m tea, this year, Mr Castelein said there would be a modest increase for the full year – despite the fact that the 2M alliance of MSC and Maersk had shifted some calls to Antwerp.

“This is proof that Antwerp is performing well,” he said, but added that Rotterdam was prepared to win the lost 2M calls back.

“The congestion we suffered is over now the new terminals at Maasvlate 2 are fully commercially operational. The testing phases of the fully automated Rotterdam World Gate terminal and that of APMT have been concluded, and the paperless transition of containers between terminals at Maasvlakte is satisfactory. Besides all that, our port has a different portfolio to Antwerp.”

The new Maasvlakte 2 terminals handled 300,000 tea in the period and are expected to push their joint throughput up to 1.5m teu by the end of the year.

Mr Castelein said trade and industry in the port needed to face up to changes in society and economy – such as the Paris climate agreement, the low oil price (although he expects prices to increase from an average of $37 per barrel to about $50), the Brexit referendum and the increasing size of container vessels.

Other “black swans” he mentioned were talks to close coal power plants and automation within society at large.

Rotterdam Port Authority has drawn up an annual investment budget of €150m-€200m for the next few years.

UK container imports offloaded at Antwerp, Rotterdam and Zeebrugge could be stranded for weeks before ...

European ports and the operator of the Channel Tunnel say they are increasingly concerned about ...

Container shipments from Asia to the UK continue to be subject to “unprecedented” delays and ...

UK shippers have been hit by a further series of container shipping ad hoc capacity ...