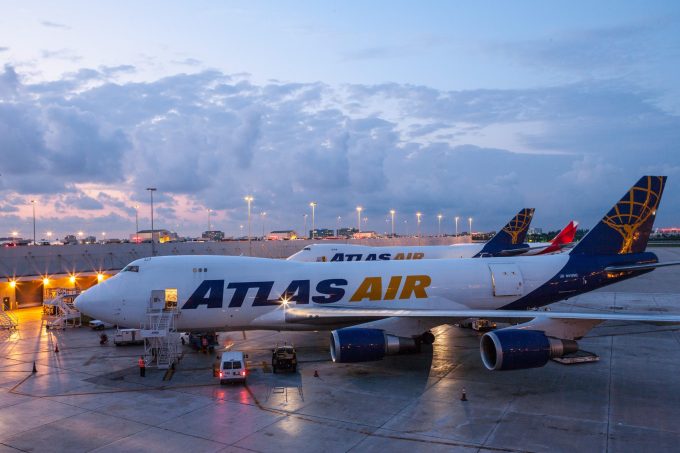 As it tabled record results for the year and its final quarter, Atlas Air sent a strong signal that it favours steady growth over short-term gains in the spot market.

The aircraft leasing company flanked its results presentation with announcements of long-term placements of the last B747-8 freighters due to join its fleet this year, indicating a strong market outlook and an inclination to place aircraft in long-term contracts.

“With the strength, flexibility and resiliency of our global business model, our experienced and dedicated team delivered high-quality services to our customers in an operating environment with persistent pandemic-related obstacles.”

Mr Dietrich added that “this outlook reflects higher yields, including the contribution from numerous new or enhanced long-term customer contracts, as well as higher pilot costs from our new joint collective bargaining agreement that went into effect in September 2021”.

But Atlas did not provide guidance beyond the first quarter, citing uncertainty around the pandemic and ongoing supply chain disruptions. But management clearly expects favourable conditions to prevail for some time. Volumes are in excess of pre-Covid levels, while capacity remains very tight, Mr Dietrich noted.

He also reckons that it will take time for the problems associated with ocean cargo, which extend beyond ports to inland transport capacity, to be resolved.

Moreover, a growing number of customers value the reliability and consistency associated with dedicated freighter capacity, which takes vulnerability out of their supply chains, he noted.

Finally, the recovery in bellyhold capacity has been slower than anticipated and will take longer to run its course. While it is near, or at, pre-Covid levels in some markets, those which Atlas Air primarily serves, notably Asia-Pacific, are not likely to get there in a short time, he said.

He does not expect the balance in market share between freighters and bellyhold capacity to return to the pre-2020 split of about 50:50. In light of recent rate levels up to 30% higher than a year earlier, some analysts questioned the guidance for the first quarter expecting it to be higher, but Mr Dietrich said this was offset by higher pilot costs.

Analysts also questioned the share of resources allocated to the ad hoc charter market, given the higher margins in that segment. About 60-65% of Atlas Air’s block hours are generated in the ACMI segment, 20% in long-term charters, 6% with the US military and about 5% with flying to Latin America, which leaves about 5% for ad hoc charters.

CFO Spencer Schwarz said that about 5% of the block hours this year would be from ad hoc charters from Asia.

“We always strive to strike a balance,” he said, noting that a high exposure to ad hoc business would be detrimental in a market downturn. “We want to be prepared for all challenges,” he said, pointing out that the pandemic was not yet over.

Moreover, fostering long-term relationships with key clients is a major plank in the company’s strategy. It is probably no coincidence that Atlas Air announced two new long-term contracts on the same day as its 2021 results. One is with Cainiao, which has committed to one of the new B747-8Fs Atlas is receiving this year to provide dedicated lift between China and the Americas. This follows an agreement signed in November for lift to Latin America.

The second dealis with Kuehne + Nagel, which is taking two B747-8Fs for dedicated lift to boost its global network. Recently, Flexport extended its agreement for two 747-400Fs with Atlas and signed up for a third.

With these new agreements Atlas has assigned all four 747-8Fs it is receiving. After these, it stands to get four 777-200Fs, the first of which is scheduled for delivery in Q4, with the other three following in 2023.

Meanwhile the company is shoring up capacity for the long run. Last year, it purchased six 747-400Fs that were coming off leases and it intends to do the same with five more this year. Atlas boosted its active fleet last year with the re-activation of a 747-400 freighter and this year its fleet grows through the additions of the 747-8s and 777.