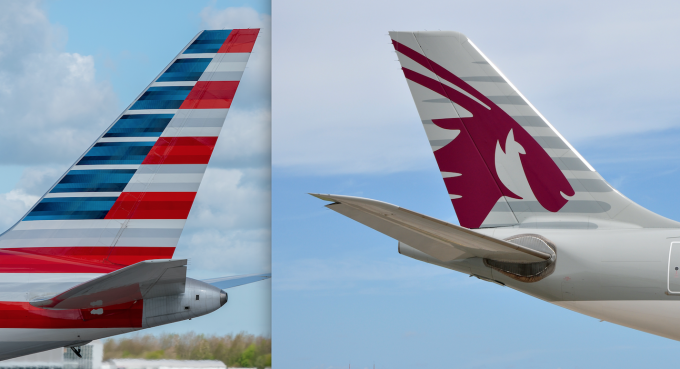 It’s not strictly freight, but it is Friday – and it’s also rather intriguing. It all centres around Qatar Airways.

Yesterday came the news that Qatar Airways is interested in buying up to 10% of arch-rival American Airlines (for a heady $800m) – an offer the US carrier’s CEO, Doug Parker, said was “puzzling”, given their history.  Mr Parker added that any investment by Qatar Airways would in no way end American’s continual complaints about subsidised Gulf airlines.

Indications that Qatar Airways has $800m knocking about while its hub is effectively under siege and its passengers face a laptop ban – both of which are reported to be adding heavily to its operating costs – confirms that the carrier does have access to large sums.  As AA suggests.

And now, the country’s regional foes have finally submitted a list of demands to Qatar that need to be met within 10 days for the blockade to ease.

Given the list, it seems pretty unlikely that Qatar will meet them in the timeframe.  Which means that the country’s airline could face a long time circling the airspace of its neighbours, an expensive and lengthy business. As ATW points out, its new Rio de Janeiro flights, planned to launch next year, face an extra two hours’ flying time.

CEO Akbar Al Baker, however, says he will bring forward route launches to soak up additional capacity left from its now suspended regional operations. He appears undeterred by the new restrictions, and was his normal outspoken self at the Paris Air Show. It’ll be interesting to watch how this story progresses.

Were US airline bailouts really needed?

Interesting piece in the New York Times looking at the US airline bailout programmes. While ...

United wins the Q2 cargo award among the US majors

An interesting analysis of the big three US airlines’ second-quarter financial results by Loadstar Premium ...

GRIDPOINT CONSULTING‘s Robert Boyle writes: The bloodbath that is today’s pandemic stricken airline business was on ...