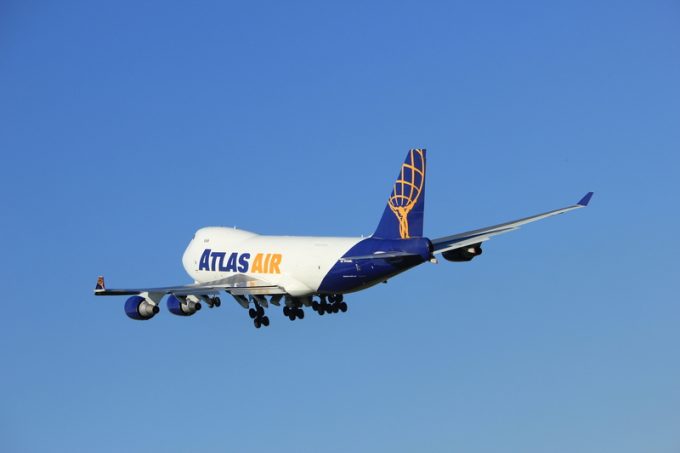 Pilots are claiming Atlas Air’s decision to seek an injunction against industrial action is evidence of the carrier’s efforts to “reject responsibility around declining pilot supply”.

In a complaint filed at the District Court of Columbia on Monday, the US-based carrier accuses unionised workers at both Atlas and subsidiary Polar Air Cargo of engaging in “illegal” slowdowns.

Daniel Wells, president of APA Teamsters Local 1224, which represents pilots from Atlas Air, Southern Air and Polar Air, said the union was reviewing the details of the complaint.

But he said: “Our initial assessment suggests it is part of Atlas’s ongoing efforts to abdicate responsibility for its failures and a refusal to address the long-expected decline in global pilot supply.

“Meanwhile, Atlas has intentionally expanded its flying operations, all while pretending that it has the staffing capacity to do so.”

Mr Wells said that, as a result, the “criticism and scrutiny” from both customers and the public should be “no surprise”  to the carrier.

“Our customers deserve real, comprehensive solutions and we are disappointed that, rather than facing reality, Atlas would prefer to shift blame for its mismanagement onto the pilots,” he added.

However, the carrier said industrial action was resulting in “significant” network disruption and was a ploy to gain the upper hand in contract negotiations.

Earlier this year, pilots claimed operational risks at the carrier were intensifying amid a “worsening” pilot shortage that would undermine Atlas’s ability to deliver for major customers like Amazon.

One, Captain Robert Kirchner, said: “The situation at Atlas is a ticking time bomb and unless management confronts the issues threatening our carriers, the outlook for the busy fourth quarter is bleak.

“We’ve seen a record number of pilots leave in 2017, and years-long delays in contract negotiations. Sub-standard pay and benefits have left our carriers ill-equipped to compete in the market.

“The time for delays and denial is over, and Atlas needs to work with us on an industry-competitive pilot contract and other much-needed solutions to our staffing and operational problems.”

Atlas president and chief executive William Flynn said the company had entered into a framework agreement with the pilots to return to negotiations.

However, alongside the legal filing, Mr Flynn added: “The US military, businesses across the globe and millions of people depend on the stability, reliability and viability of Atlas operations. We value our commitment to our customers and the passengers and cargo entrusted to us, and we must, therefore protect the service quality we provide to our customers.”

Atlas claimed the union had violated its ‘status quo’ obligations under the Rail Labour Act by encouraging the slowdown and failing to prevent and discourage it.