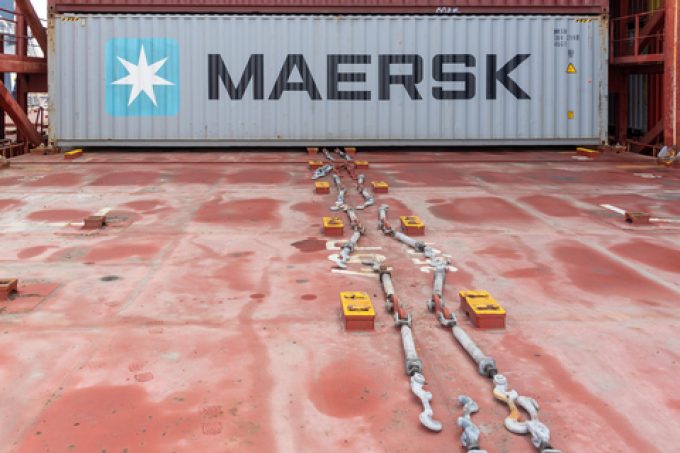 Ahead of its second-quarter results announcement tomorrow, Maersk has upgraded its guidance for the full year by $7bn, reflecting higher-than-anticipated earnings, spurred by continued global supply chain disruptions.

Maersk has followed Hapag-Lloyd in upgrading its profit outlook again, as the hopes of shippers for any early return to some form of normalisation are dashed by port congestion and intermodal bottlenecks on the world’s tradelanes.

“The strong result is driven by the continuation of the exceptional market situation within Ocean,” said the carrier. “Congestion in global supply chains leading to higher freight rates has continued longer than initially anticipated.”

It has now revised its full-year ebitda forecast to $37bn from its previous upgrade of $30bn, and said it expected an underlying ebit of $31bn (previously $24bn).

It means Maersk now sees no sign of the weakening in Q3 earnings it previously anticipated, and is confident of a strong result in the final quarter. Indeed, it said its revised guidance was “based on gradual normalisation in Ocean in the fourth quarter”.

Interestingly, in its Asia-Pacific July outlook, Maersk referred to “long-term challenges”, which were being offset by “a positive short-term outlook”, adding: “The outlook remains highly uncertain and we mainly see downside risks to our base scenario.”

No doubt the uncertainty of the liner market outlook for the latter part of Q4 and thereafter is the reason why Japanese carrier ONE, whose fiscal year runs from April to the end of March, was unable to forecast full-year earnings when it posted a $5.5bn Q1 profit on Monday.

The unwinding of supply chain disruption, assisted by an expected reduction in demand, will test the integrity of Maersk’s annual and multi-year contracts should the erosion of container spot rates accelerate in Q4 and into the first quarter of 2023.

Notwithstanding that, in some trades, spot rates have now fallen below contract rates, Maersk has made it very clear it has no plans to renegotiate rate agreements with its core portfolio of 200 large volume customers mid-term.

However, the Danish transport group, with aspirations to be a global integrator, will come under increased pressure if some of its competitors that carry a higher percentage of spot cargo endeavour to poach its contracted shippers with offers of heavily discounted rates.

In this respect, Xeneta’s July long-term rates review was enhanced by a survey of its large-volume subscribers, which gave some alarming feedback for the contract business of carriers.

He added that of those responses, half were likely to allocate lower volumes, but only to cheaper contracts, while 50% were intending to tap the spot market when short-term rates fall below their contract rates.