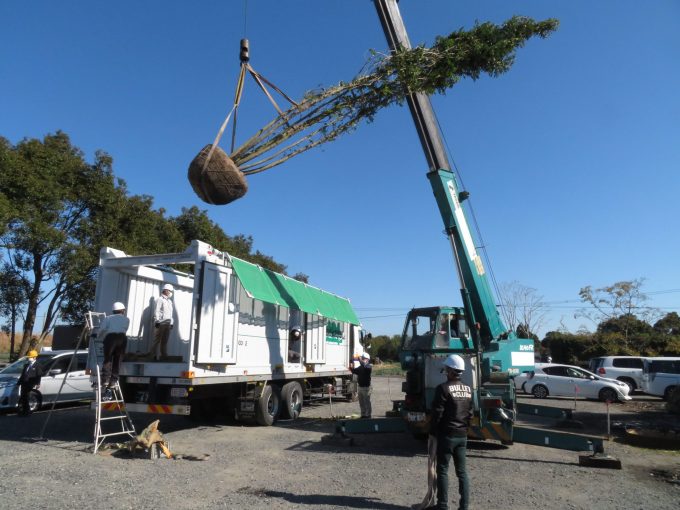 Japanese logging company Sumitomo Forestry Corporation (SFC) has created a container to transport trees, as the group moves from trucking to rail transport to reduce its carbon footprint.

With the help of compatriot logistics group Nippon Express, the 9.44 metre container, named Mirai (Japanese for “future”) Green Cargo, is designed with an open top to enable the trees to breathe.

A spokesperson for SFC told The Loadstar the new container, owned and handled by subsidiary Sumitomo Forestry Landscaping, is undergoing various trials.

She said: “We are considering the average number of trees to be transported per month, as well as whether to switch completely to rail transport. Currently, there’s only one trial green cargo container. However, we plan to add more.”

He said: “Society’s demands for corporate environmental measures are increasing year by year. As part of its sustainable development goal, Sumitomo Forestry Landscaping decided to gradually ‘modal shift’ from truck to rail for trees in view of the shortage of drivers and the need to reduce carbon dioxide emissions.

“Mirai Green Cargo has features such as a top made of netting to allow air circulation, a floor structure that allows drainage of rainwater and more lashing hooks for easy fastening, since normal dry containers can damage the trees due to heat buildup inside.”