OOCL celebrates arrival of sister to the world's biggest containership 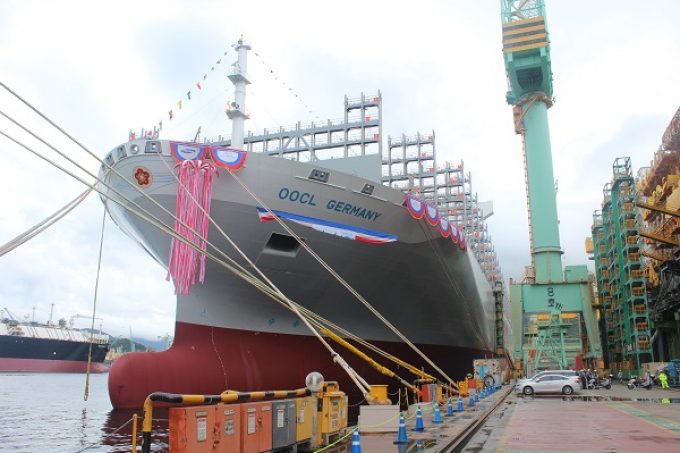 Just weeks before, its container arm OOCL, proudly took the hotly-contested mantle of the ocean carrier operating the biggest (by capacity) container vessel in the industry, as the 21,413 teu OOCL Hong Kong completed its maiden voyage around North Europe.

Today, the second of six sister vessels, the OOCL Germany, was named at a ceremony on Geoje Island, South Korea.

However, with the ownership of OOCL moving to Cosco, the celebrations for arrival of the newbuild in North Europe are likely to be more muted from staff concerned about their long-term future.