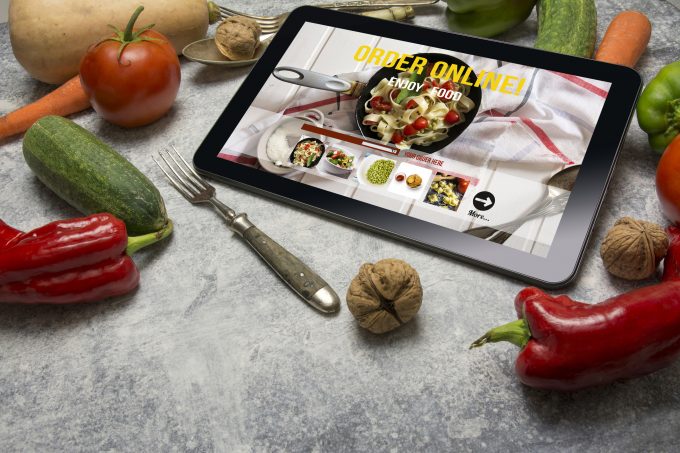 Amazon’s move to buy Whole Foods may have convinced investors that the online food market is the next Eldorado, but entrants face a number of issues that could spoil the feast for them.

Projections for the online food business are decidedly frothy. According to one estimate, by the year 2025, 20% of food will be ordered online and 70% of consumers will order some food over the web.

After a regional pilot programme, it launched a new service in July to deliver fresh meat, cheese and seafood ordered online to customers across France, mainly restaurants and meat and cheese retail establishments. The company estimates that revenue this yearn will be between €17m and €20m, and expects this to grow annually at least fourfold until 2020.

Horst Manner-Romberg, managing director of Hamburg-based research and consulting firm M-R-U, which focuses on the express parcel and mail sector, is not convinced that online food is the next big growth field for the industry, notwithstanding the current hype. He is reminded of the dot-com boom, when investors were throwing money at virtually any business idea that involved the internet.

“It’s too early to say if this is hype or a real business model,” he commented, adding that the strong growth rates so far were from a modest base. In Germany the online segment accounted for just 1% of food retail last year, while in the UK it was 5-6%, he noted.

One big challenge for operators is the cost of the final-mile delivery. While consumers have no issue spending $30 on a ride across town, they balk at spending that much on having groceries or a meal delivered to their door, he said.

“It’s not just the compensation for the driver. There is also the question of where to find drivers. We are dealing with a shortage,” added Mr Manner-Romberg.

As well as these issues, operators face the challenges of meeting delivery window expectations and offering a sufficiently broad range of food, he said. He cited one enterprise that made 4.5m deliveries between January and mid-July this year, generating €45m in revenue – and an operating loss of €60m.

The online food business has seen some failures in recent years, and more are likely to follow, it’s believed. A recent study sponsored by the US Food and Drug Administration identified some 500 online retailers of meat, fish and seafood. By the end of the study, 73 of the firms were no longer operating.

That particular study, carried out by Rutgers University New Jersey and Tennessee State University, was looking at food safety issues related to home-delivered proteins. It found that 47% of the shipments examined arrived at temperature levels above the threshold considered safe to avoid pathogens, which suggests that many delivery firms do not invest adequately in cool chain elements – an additional expenditure to push up their costs.

The researchers identified a host of problems, from lack of labelling and food safety information to the widespread use of gel packs, which the researchers found unsuitable for the online shipping business.

One issue for operators is an absence of comprehensive standards. The US has introduced tightened guidelines for the transportation of food, but these do not apply to businesses that sell or deliver food directly to consumers. This sector is governed in the US by state or local rules.

While this situation suggests that consumers who purchase food online bear the risk of spoiled nutrients, it could provide an opening for operators that can distinguish themselves with a service marked by proven cool chain standards.

Vancouver-based Flying Fresh Air Freight, which specialises in perishables, has been offering an e-commerce service for the past 18 months, principally between Canada and China. While it covers a host of other commodities, the company moves perishables to China and is looking to expand its role there. So far it has handled shipments to the Chinese destination airport, but management is thinking of tackling the final mile.

“We’re looking to delivering to the consumer’s door,” said CEO and chairman Brendan Harnett. “We don’t want to duplicate what our customers are doing,” he added.

Flying Fresh ships online orders to consumers and restaurants as well as wholesalers and e-commerce platforms. In the perishables segment lobsters and seafood have done particularly well, while fruit and vegetables have been slower to gain traction, Mr Harnett said.

This tallies with Mr Manner-Romberg’s take on the online food market. High-price nice products such as prime meats and seafood can absorb the transportation costs, but when it comes to groceries, consumers balk at what they regard as disproportionately high charges, he noted.

Amazon appears to be rowing back. The firm that has been the most potent and ...

PayPal is extending its reach in e-commerce beyond the payment mechanism – and into the ...

Forward Air has had a bumpy ride in recent months. In December, the trucking firm ...

Pundits as well as truckers are bullish on the outlook for surface transport in the ...