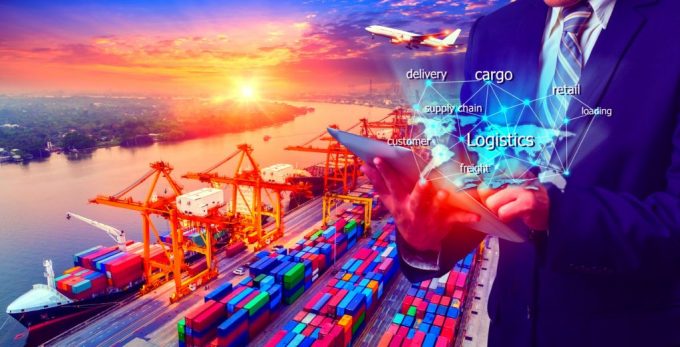 As shipping lines grapple with the challenges of overcapacity, new regulations and tanking demand, one forwarder executive believes carriers are in danger of losing ground to NVOs.

The forwarder said that, given these challenges, it will be hard for carriers to maintain service levels, and beneficial cargo owners will find it harder to manage their ocean traffic. This should create an opening for NVOs “to take market share back,” he predicted.

Container carriers will be struggling with downward rate pressure and elevated costs, he said. And in response to the falling demand, carriers will introduce more blanked sailings and cuts that will affect service levels further.

Liner executives will have their hands full with too much capacity chasing lower demand and maintaining service levels. Craig Grossgart, SVP ocean of SEKO Logistics said that structural overcapacity will continue well beyond 2023.

Recent months have seen a dizzying slump in container rates in the key tradelanes. According to Freightos, last week, rates from Asia to northern Europe and the US west coast were down 70% and 83%, respectively, from a year earlier.

The pain for carriers will continue for some time, Mr Grossgart noted, adding: “Structurally we have entered a market that is fundamentally over-tonnaged and will be through 2025.”

Whereas predictions for next year indicate modest growth in demand, capacity will balloon. Buoyed by soaring demand and rates, with additional impetus from anticipation of scrapping older vessels as the IMO’s Carbon Intensity Calculator comes into effect, carriers have splurged on orders for new ships – 8% fleet growth next year, up from 4% this year, Mr Grossgart noted.

In addition, effective capacity will be elevated as the slowing market whittles away at the congestion that has tied up vessels, he pointed out. This should boost capacity by 8-10%, he said.

The removal of older capacity is unlikely to get anywhere near this magnitude. Normally, scrapping takes out about 300,000-400,000 teu in a year. Currently vessels that are older than 25 years make up only 650,000 teu.

“The carriers will not be able to scrap themselves out of this situation,” Mr Grossgart said.

As for the impact of new IMO regulations, this is hard to predict.

Between retirement of older ships, IMO-induced cuts and idling, capacity could shrink 15% or more in the coming year, he added.

In light of macro-economic conditions and PMI data of the large economies, the outlook for growth is muted. Mr Grossgart thinks at best it will expand 3% next year, but more likely play out between a slight contraction of 1% and 2% growth.

“The first half of the year will be a write-off,” he warned. “If inflation recedes, there’s some hope for H2.”

A recent estimate from Drewry forecasts demand growing 1.9% in 2023, while capacity will expand 11.3%. Like Mr Grossgart, the maritime research and consulting firm does not expect capacity cuts will make up for the new tonnage hitting the market, resulting in overcapacity.

Mr Grossgart does not expect the lines to make significant shifts in their capacity between Asia and Europe, where they have traditionally deployed their most modern ships. In the transpacific arena, capacity surged from about 500,000 teu a week before the pandemic to 650,00, and has since retreated to about 570,000 teu, he noted.

Meanwhile, the idle fleet, which is currently at 5.3%, is likely to continue to increase.

“We’re in for a period of pain. Rates are already down to pre-Covid levels,” he said. “In my 30-plus years in ocean, I’ve never seen a market turn this quickly. The rates in some lanes are already at non-compensatory levels. This is always a precursor for GRIs.”

While rates have plummeted, costs have gone through the roof, from containers to port charges, bunker rates, labour costs and congestion-related costs, he added.

The task of filling their capacity and getting rates up to profitable levels is daunting.

The uncertainty around lockdowns in China is exacerbating the carriers’ woes. It is not always possible to divert flows to an alternative gateway port if the original port is under lockdown, but even when this is an option, “you put so much more volume through a port that is not designed for it”, he said.

More vessels will be idled, he predicted. That rate could go up to 6% or 7% percent, plus blanking on top of that, he reckons.

Try this clip from the latest Loadstar Podcast: Why ocean contract rates are about to tumble and what you should do about it – Peter Sand, chief analyst, Xeneta