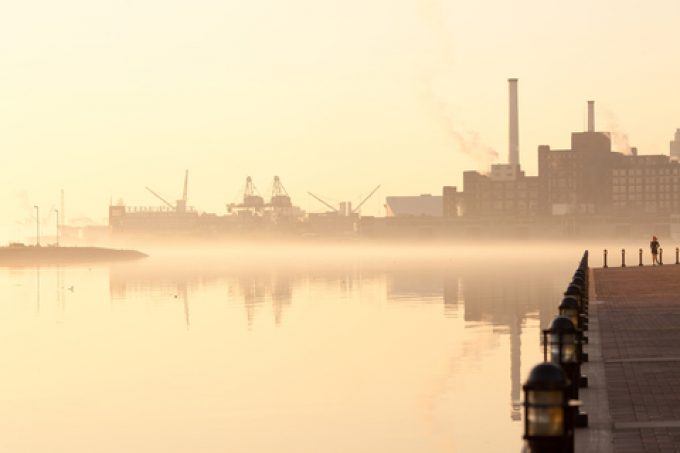 MSC’s port operating subsidiary, Terminal Investment (TIL), is set to further expand its North American east coast port portfolio after signing up to build a new container terminal at the port of Baltimore, in cooperation with local property developer Tradepoint Atlantic.

The terminal will be built on a 67 ha brownfield site at Coke Point, part of the sprawling 1,335 ha Sparrows Point area of the port, which housed the Bethlehem steelworks and shipyard and is under redevelopment by Tradepoint Atlantic.

Few details were available in terms of construction timeline, or the potential handling capacity of the facility, but its development is likely to hinge on the ongoing modernisation of the Howard Street Tunnel, a rail line that passes under Baltimore city, connecting its port facilities to the US eastern hinterland and is being enlarged by intermodal operator CSX to allow the passage of double-stacked container trains.

“This strategic partnership with TIL is only possible because of the tremendous investment in the expansion of the Howard Street Tunnel,” explained Tradepoint MD Kerry Doyle.

The Loadstar previously reported that the tunnel project would allow the port to handle at least another 160,000 boxes a year, and TIL executives emphasised that the new terminal it would feature on-dock rail connections.

“This investment is an exciting opportunity to create much needed additional container capacity in Baltimore and will be a driver of economic growth for its direct hinterland,” said TIL CEO Ammar Kanaan.

“At the same time, we are confident that the new container terminal will constitute an important contribution to the development of Baltimore as gateway for intermodal transport,” he said.

Mr Doyle added: “Today’s announcement means that not only will Baltimore and Maryland remain competitive with other major east coast ports for years to come, but that we will gain a substantial advantage over them.”

Baltimore’s current container flows are centred on its Seagirt Terminal, operated by Ports America, which is undergoing a $156m investment programme to upgrade its second berth and acquire new handling equipment.

Interestingly, these three services also feature calls at Global Container Terminals’ New York facilities, and TIL is one of a number bidders to acquire the two terminals from its parent company, the Ontario Teachers’ Pension Plan.