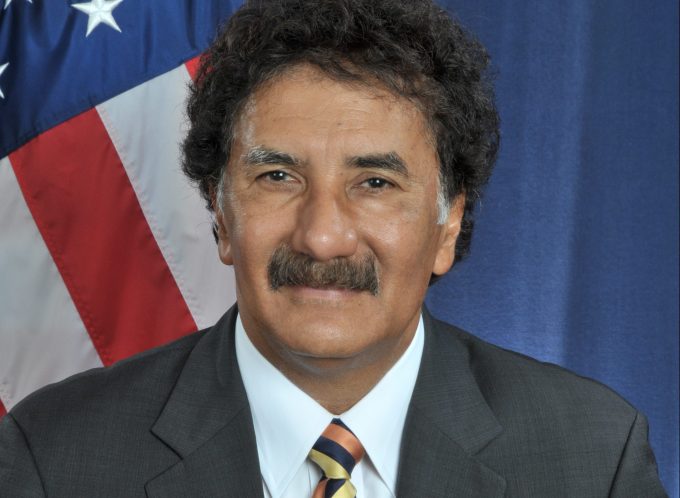 The board of the US west coast port of Long Beach has appointed former Federal Maritime Commission (FMC) chairman Mario Cordero (pictured above) as its new executive director.

Next month he will succeed Duane Kenagy, who has served as interim executive director since late 2016, following the sudden departure of John Slangerup, who is now on the advisory board of a New York-based private equity fund.

Mr Cordero, who will also continue to serve as an FMC commissioner until his term expires in June 2019, served on the Long Beach Harbour Commission between 2003 and 2011, when he was first appointed to the FMC by presidential decree. He was FMC chairman from April 2013 until January 2017.

Harbour Commission president Lori Ann Guzmán said: “Mario not only has a deep understanding of the maritime industry, but his service as a member of the Long Beach Harbour Commission gives him extensive knowledge of the needs of our carriers, terminal operators, cargo owners, and other trade partners.

“Mario approaches challenges from a bipartisan, collaborative perspective and, as we seek to keep our port thriving, his combination of national and local experience is well-suited to carry us into the future.”

He said: “I am so pleased to be coming back home to the port of Long Beach during this time of dramatic change in the maritime industry.

“The broad perspective I gained at the national level, along with my many years of service as a Long Beach Harbour Commissioner and my love for the community of Long Beach, will allow me to hit the ground running.”

One the largest US shipper associations, the Agriculture Transportation Coalition (AgTC) has renewed its criticism ...

Hamburg Süd has announced that company veteran Poul Hestbaek (pictured above) will take over as chief executive after Arnt Vespermann ...