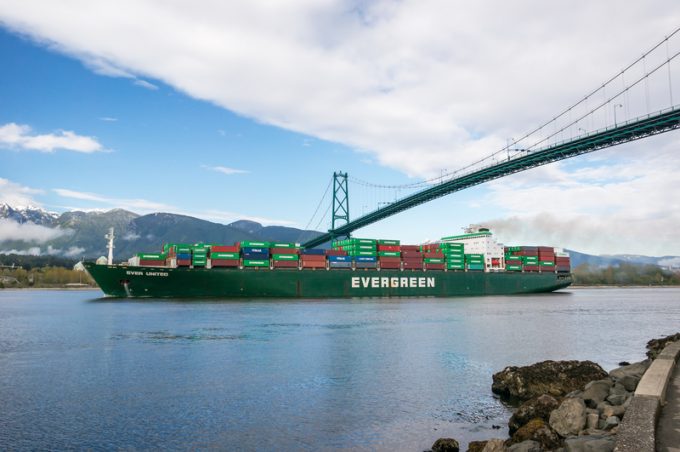 Ocean carriers with a greater percentage of their business focused on the Asia and North America trades are likely to see the highest earnings in the second half of the year, according to Alphaliner.

“Many service contracts on this tradelane, which are usually renewed in early May, have been concluded at rates which are not far below spot freight rates,” said the consultant.

Indeed, BCOs on the transpacific have been locked into new annual contracts at much higher rates, as evidenced by Xeneta’s crowd-sourced May data for US imports which soared by 65% in the month for a year-on-year gain of 205%, as the new long-term contracts came into force.

After achieving a record cumulative net profit of nearly $60bn in the first quarter – according to an analysis by consultants Blue Alpha Capital, based on actuals and estimates for non-reporting carriers – container lines are expected to at least match that for Q2.

However, for the second half of the year carrier visibility is poor – clouded by a deteriorating global economic situation.

CMA CGM said in its outlook as part of the recent release of its Q1 results that uncertainties were “weighing on global trade”.

“The sharp rise in energy prices, combined with price inflation of many raw materials, is weighing on retail consumption and could have a negative impact on the economic situation and the outlook for global trade,” cautioned the carrier.

Nevertheless, carriers with major US retailers contracted to large annual MQCs (minimum quantity commitments) can expect their stellar earnings to continue through the remainder of the year and into the first quarter of 2023 at least.

Given that the major lines restricted contract volumes, obliging BCOs to tap NVOCCs and ad-hoc carriers for additional space, it follows that an expected softening in demand by US consumers will hit those operators first, as well as carriers that source the spot market for a high percentage of their liftings.

Moreover, new-entry transpacific lines, and those in the planning stage that have a business model based on highly elevated spot rates, may be obliged to rethink their strategies and redeploy expensive long-term containership charters to other trades, or sub-let the vessels.

For the major carriers however, with high percentages of their transpacific business contracted out, and with spot rates eroding only slowly, their highly elevated revenues seem assured for some time.

Nevertheless, vessel-operating and other costs are soaring, which will dent their results in the coming quarters.

For example, CMA CGM said that its operating costs in Q1 were 16% higher than for the same quarter of the year before, which it attributed to big increases in charter hire costs and a huge 46% hike in bunker costs.

The French carrier will have some insulation from the higher fuel prices due to the triggering of bunker surcharge formulae within its contracts.

However, with several of its owned vessels consuming very costly LNG, and others low-sulphur fuel, where the spread between heavy fuel oil, burnt by ships fitted with scrubbers, has widened to $400 per tonne, CMA CGM may struggle to recover sufficient compensation.

To hear more about capacity as the peak season approaches, listen to this clip from The Loadstar Podcast of Dennis Grady, vice president for Ocean Product, at Ascent.