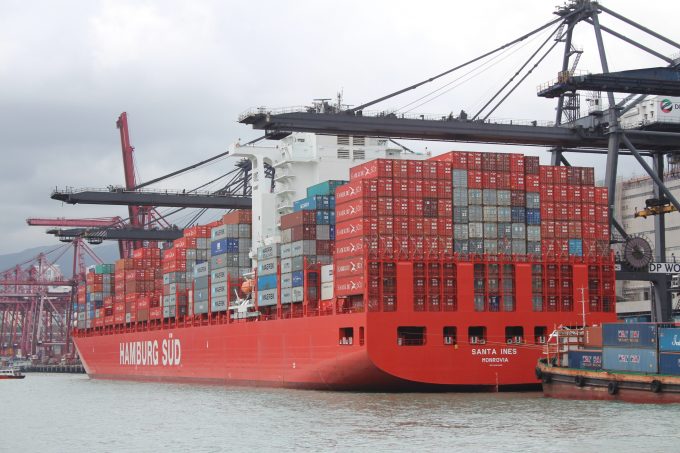 Despite MSC continuing to stretch its lead over Maersk in the containership total capacity stakes, the Danish carrier remains at the top of the rankings in terms of reefer space.

“Maersk’s lead in reefer capacity is a consequence of its takeover of Hamburg Süd in 2017,” said Alphaliner, noting that many of that line’s ships were constructed for the reefer-oriented Latin American trades.

According to the consultant’s analysis, in capacity percentage terms, the European-based carriers have significantly higher reefer-carrying potential on their ships, at over 20%, compared with their Asia-based rivals, which can only offer a maximum of 17.5% of space for temperature-controlled cargo.

Nevertheless, Alphaliner concedes that the percentages are “only theoretical”, accepting that many reefer points will not be fully used on east-west trades.

“Neo-panamax vessels of 13,000-15,000 teu are typically equipped with 800 to 1,200 reefer plugs, which will be used much more frequently when these ships shift from east-west to north-south trades,” it said.

Shippers of perishable cargo have, arguably, suffered more than dry cargo shippers in the past 18 months, due to the sporadic positioning of reefer equipment and fierce competition with standard boxes for space on ships.

Furthermore, the premium for reefer containers has been eroded by sky-rocketing dry container freight rates and equipment surcharges available to shipping lines that tap into the spot market.

“It’s far less hassle for us to take a standard box than a reefer, especially if we have to tranship cargo at another port,” a carrier source told The Loadstar.

The contact also admitted that much of his line’s reefer cargo was covered by contract rates, which were considerably lower than those they currently enjoyed from the spot market.

Less interest in the reefer market by carriers has prompted a welcome surge for shipowners in spot time-charter rates for specialised reefer vessels, but in the longer term, there still appears to be considerable uncertainty over the future of reefer ships, leading to a lack of investment in newbuild tonnage.

In overall capacity, MSC dethroned its 2M partner in early January, after unprecedented raids on the second-hand tonnage market, hoovering up around 170 ships with a capacity of approximately 700,000 teu since August 2020.

Moreover, MSC has an orderbook of 1.2m teu, versus Maersk’s 319,000 teu, which could cement its status at the top of the liner rankings for years to come.