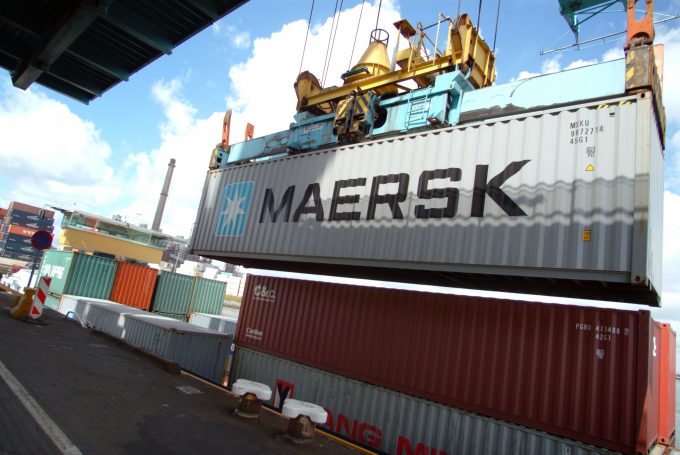 According to one research investor analyst a potential downgrading of A P Moller Maersk’s credit rating is an overreaction to a perceived worsening of container industry fundamentals.

On 23 August Standard & Poor’s announced that it was placing its BBB rating of Maersk on CreditWatch negative following the Danish firm’s proposed $7.45bn sale of its oil and gas subsidiary to Total.

With the sale of its oil and gas business S&P’s concerns related to the company’s strategy to concentrate on its core Transport & Logistics business which it viewed as “not fully” offsetting the “loss of diversification benefits that we previously considered supportive of Maersk’s creditworthiness”.

On the 29 August rival credit agency Moody’s also decided to place Maersk on review for a downgrade from its current Baa2 rating.

However, Moody’s was more concerned about how much debt Maersk will pay down from the sale proceeds rather than the outlook for its T&L division, and it said that Maersk Line was “poised to take advantage of the positive industry momentum”.

Nevertheless, Maersk’s shares having taken a hit of some 10% in the past few weeks despite a good set of second-quarter and first-half interim results published on 16 August that initially drove a 3% spike in the stock.

But equity broker and research services company Exane BNP Paribas believes the stock is undervalued and its weakness “provides an attractive entry point” for investors.

Exane said that other than a 4% devaluation of the dollar since mid-July – in which Maersk earns most of its revenue – it was aware of “three separate issues” for the stock’s weakness and that it considered two to be “red herrings” and the third to be “poorly understood”.

The first “red herring” was the threat of credit rating downgrades.

It saw this as a “non-issue” given that Maersk has no covenants on its debt; the current credit rating scores are “one notch above the minimum”, and that the credit rating agencies are “backward-looking” and only include a “minimal benefit from the upswing in container shipping earnings now coming through”.

The second “red herring” was that some brokers considered the new ultra large container vessel order by CMA CGM and the unconfirmed order by MSC to be a “significant negative for the container shipping outlook”.

However, Exane argued that this was “over-reacting at best” and “scare-mongering at worst”, given that the newbuild order from the French carrier has come after a two-year hiatus on the ordering of large container vessels.

Exane argued that even if CMA CGM does go ahead with its order none of these ships will hit the water until late 2019 at the earliest, and given that the order for nine 22,000 teu vessels would represent just 1% of the global fleet capacity the impact on the supply and demand balance “will be zero”.

The third factor, which Exane argued is “misunderstood”, was declining freight rates. It argued that it was “not a huge surprise” given how sharply rates had spiked, and was “certainly no reason to panic”.

It said: “We fully expect Maersk Line’s underlying profit to increase strongly in the third quarter.

“Anybody working on the basis that freight rates are going down so Maersk Line’s profit will too is going to be disappointed,” it added.