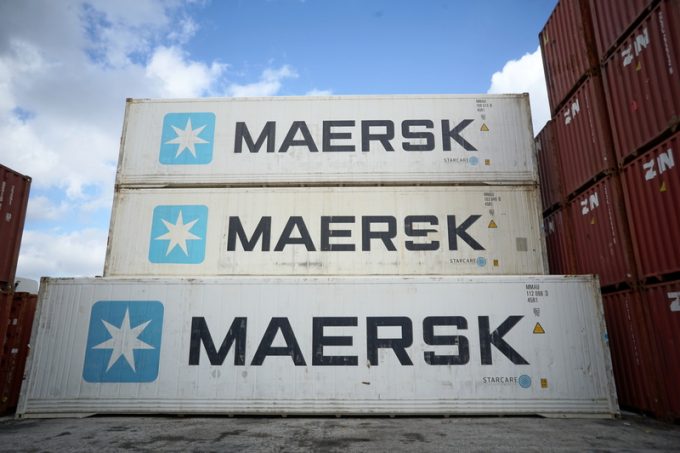 Maersk said today that in the second quarter it had “taken back control of its unit costs” after a poor Q1 and now it “had to improve results” in the second half.

“We know freight rates will be higher,” he added.

The Danish transport and logistics group recorded a net loss of $85m in Q2, excluding its discontinued energy business, taking the deficit to $305m for the half year.

Maersk saw its consolidated turnover jump by 24% in the second quarter, compared with the same period of 2017, to $9.5bn, and by 5.7%, excluding the effect of Hamburg Süd, but its earnings were dragged down by a 28% hike in fuel costs and a 1.2% decline in average freight rates.

Revenue from its ocean sector, which includes Maersk Line and its subsidiaries but excludes terminals, logistics and towage, came in at $6.95bn, up from $5.5bn the year before, for an ebitda of $674m ($876m).

The carrier also included $783m of “other revenue” related to demurrage and detention charges, but mainly from the slot charter agreement with HMM on Asia-Europe.

The increased price of bunkers, at an average of $401 per tonne in the quarter, added $260m to Maersk Line’s costs, said Mr Skou, who estimated that the carrier’s extra fuel bill would be “north of $1bn” this year.

He said the integration of Hamburg Süd was “very much on track” and had already resulted in around $140m of synergies savings. He added that estimated yearly synergy savings from the acquisition had been upgraded to between $350m and $400m.

Soren Toft, chief operating officer, explained that chartered ships had been off-hired to reach the optimum 4m teu level, adding that further cuts could follow “on services that we don’t believe are making a contribution”.

APM Terminals, now included in the Towage & Terminals unit, saw throughput increase by an above-industry par 7.6% to 4.2 million moves during the quarter. This was due to new Hamburg Süd business and collaboration synergies with Maersk Line.

The unit won nine new contracts in Q2, while four were terminated – a positive net impact of 300,000 moves on an annual basis.

Commenting on Maersk’s Q2 result, Lars Jensen, CEO and partner at SeaIntelligence Consulting, said: “In the industry context of an overall depressed loss-making market – where rate increases do not match fuel cost increases – they have performed well.”