MAB Kargo, Malaysia Airlines’ freight offshoot, is set to invest in intra-Asia cargo and e-commerce opportunities as it continues to rebuild its business.

This morning it announced a new express freighter service from its hub at Kuala Lumpur to Kota Kinabalu and Kuching, in an attempt to capture e-commerce and courier business.

Asia Pacific accounted for 66% of its business in the first quarter, Ahmad Luqman Mohd Azmi, CEO of MAB Kargo, told The Loadstar. But the carrier is firmly eyeing new e-commerce opportunities too.

“We have launched specific products with targeted customers to capture cross-border e-commerce,” he said. “However, we are currently restricted in volumes by infrastructure.

“We intend to make Kuala Lumpur International Airport (KLIA) a major e-commerce hub. We are investing in infrastructure to meet e-commerce demands within our current facility.

“The government is also setting up a logistics hub at the KLIA Aeropolis. We want to tap into this, as we believe it will be beneficial to us as a national air cargo carrier.”

The airline, which is examining potential partnerships with carriers in the US and Europe, is also considering talks with Chinese express airlines to help it develop this market.

“We are considering any parties we can find that have synergies with our network.”

MAB, which operates three A330-200 freighters, is also examining the potential benefits of smaller freighters for its regional market, but this would most likely be in partnership, added Mr Luqman.

MAB Kargo already has a year-old partnership with Silk Way, which has “been going well” and so will be expanded.

“We intend to enhance the relationship by adding capacity in Q3. This partnership is very beneficial to us, as we have a block space arrangement. It allows us to tap into new destinations and helps us to keep our operating costs down,” he explained.

MAB Kargo, which restructured in 2015, has since see its operation “stabilised” and is on track to meet its goals, according to Mr Luqman. He expects the division will break even this year, after several years of losses. Yield was up 6.9% year-on-year in January, while the first quarter of this year saw a 5% rise in volumes in the first quarter.

“This indicates that business has been good, riding on the momentum of air cargo growth since Q4 last year.

“MAB Kargo is optimistic for a better performance this year compared with last year, albeit foreseeing a challenging year ahead. We aim to improve our management of capacity and revenue, as we believe it will continue to boost yields.” 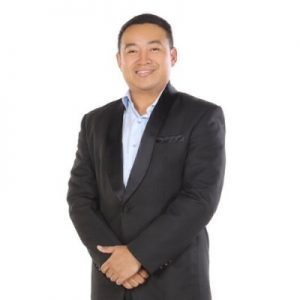 The carrier tops up its scheduled operations with charters, a side of the business that is “going quite well”.

“We are developing a niche for livestock, concert equipment and oil and gas charters.”

On scheduled services, MAB Kargo sees its best performing products as dangerous goods and perishables, which accounted for 37% and 33% of its special Asia-Pacific cargo respectively in the first quarter.

Before the restructuring, forwarders liked to gripe about the service they received from the airline, but Mr Luqman has been putting the focus back on customers.

“We intend to provide the best products and services. We are trying our best to improve the efficiency in both operations and sales, ensuring our operations run smoothly and that we cater to our target market.”

He acknowledges that competition and overcapacity are challenges, but will “engage in healthy competition”.

It is also focusing on e-freight, which currently stands below the IATA target, at 30%.