News / How long can CEVA go on haemorrhaging more than $1m a day? ask analysts 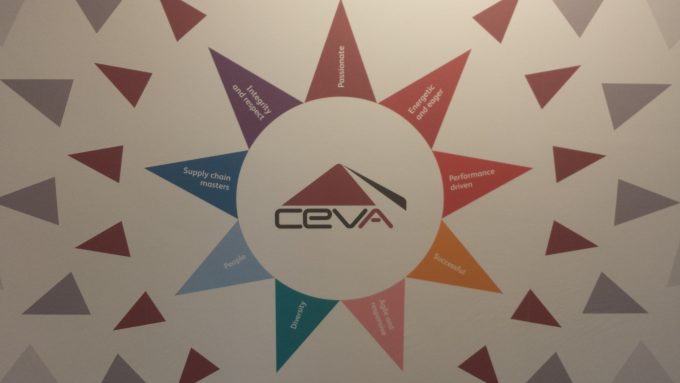 CEVA Logistics appears to be nearing its end as a standalone business – the company is haemorrhaging more than $1m a day, with a loss of $278m in cash in the last nine months.

The company’s latest results show a year-on-year 6.8% uptick in revenues for the period January to September, but ebitda dropped 14.5% to $148m.

And the company reported losses of $198m, compared with last year’s $124m of red ink: one analyst describing the results as “dreadful”.

“Most of operations continue to perform well and new business performance is promising, but margins were adversely impacted by one-time provisions in contract logistics in Italy.

“Looking ahead, we are confident we will further improve our performance and meet our medium-term targets.”

He added: “More importantly, we plan to intensify the cooperation with our strategic partner CMA CGM, which will bring additional value for all our stakeholders.”

But looking at the company’s free cashflow indicates a drastic freefall, the nine month figure plummeted to -$278m, compared with -$128m last year.

The analyst said: “CEVA has burned through $1m a day in the first three quarters of the year. As for going forward, I guess CMA CGM will step in and fund this but CEVA has given up and is clearly over as a standalone business.”

The company said better revenues were offset by challenges in North America relating to the increased cost of transportation in the ground business, due to driver shortages. For the nine months, ebitda was $64m, up $9m year on year in constant currency.

In contract logistics, third-quarter revenues were up 2.8% in constant currency, but decreased by 1.4% on a reported basis. Ebitda was $7m for the three months ended 30 September, compared with $43m a year earlier.

The company said: “Despite many productivity improvements across many contracts and geographies, and continued productivity gains on focus contracts, two contracts in Italy and the bankruptcy of a local Italian partner have resulted in additional unplanned costs of $26m in the third quarter and $42m for the first nine months.”

During an earnings call, Mr Urbain said that going forward CMA CGM’s plans for Ceva would be to maintain it as an independent operation.

“For CMA CGM we open doors that it, as an ocean carrier, could not open before and it helps us with obvious synergies,” he said.

“We will also benefit a lot from the support it offers and its ability to get us to move faster – as well as opening new markets – and this will help us better compete with our immediate competitors.”

When asked why the nine-month numbers were worse than had been predicted during the half-year results, Mr Urbain pointed to issues in Italy, describing the country as “more chaotic” than it had been.

“You have the impact from the extreme left that was not there a year ago, and you have the issues caused by trade unions,” he continued.

“This was not expected but we have begun to address the issues that have arisen.”

This article has been updated following CEVA’s earnings call.