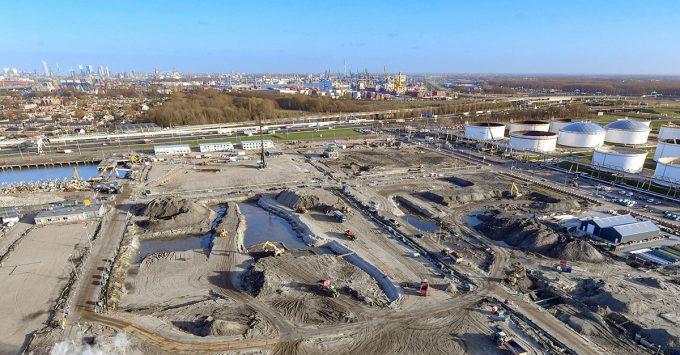 Shell’s new facility is at its Shell Energy and Chemicals Park Rotterdam refinery, close to Cologne, Germany. It is set to produce 820,000 tonnes of sustainable biofuel a year from hydroprocessed esters and fatty acids (HEFA), used to create both sustainable aviation fuel (SAF) and diesel.

K&N’s role will be project logistics for components and machinery for the plant, including heavy-lift logistics and module transport.

“We support the global energy transition and are committed to play an active role in projects such as HEFA biofuels,” said Mustafa Sener, K+N’s global head of project logistics. “We are delighted to partner with Shell and assist on producing sustainable fuels, so we can work together on decarbonising the energy and transport industry.”

The update is an encouraging one for the fledgling biofuels segment, which promises to remove the majority of CO2 emissions from transport modes by displacing fossil fuels. It can be used as a drop-in replacement for ship and truck fuels and, in the form of SAF, can be used to fuel aircraft.

This month, UK transport secretary Grant Shapps committed to deliver the first SAF-powered transatlantic flight by 2023, providing some £1m funding for the project.

But one of the more controversial aspects of biofuel is the extent to which it is actually a residual product, such as HEFA, and thereby ‘sustainable’.

Sustainable biofuels, which are manufactured from waste oils, such as used cooking oil, offer lifecycle carbon emissions reductions and do not affect the price of food; virgin biofuels, which are purpose-grown, requiring both land and fossil fuels, do not, and have been in the headlines over the past week for increasing food prices.