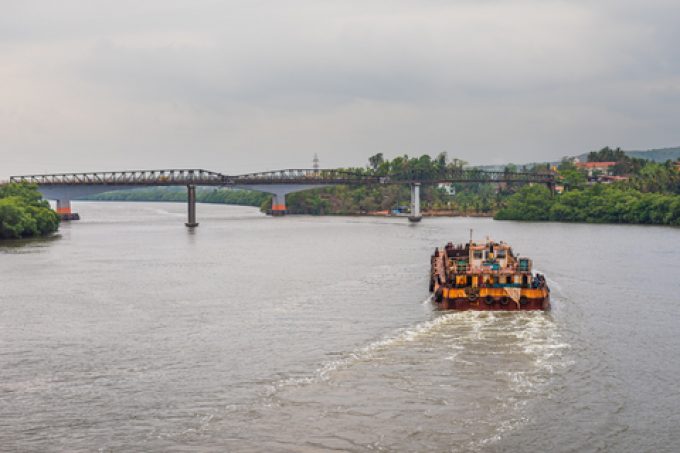 India is moving ahead with an ambitious programme to locally manufacture ocean containers at scale to cope with growing trade demand.

Delhi is also looking to boost its logistics capabilities by developing inland navigation, following a government-level consultation between policymakers in New Delhi on Monday.

“The Container Corporation of India (Concor) will be working closely with the Ministry of Ports, Shipping & Waterways, and various ways and means to encourage Indian producers of containers were also discussed,” said a government statement.

Concor, an offshoot of Indian Railways, is the largest container rail operator in the country, with an expansive ICD (inland container depot) network, and officials said: “In the domestic arena, Concor has a requirement for approximately 50,000 containers in the next three years.”

“Ministers also discussed the possibility of moving bulk cargo, like cement, foodgrains and fertilisers, through coastal and inland waterways in containerised form,” the statement noted. “This will contribute to a reduction in the cost of logistics and handling charges, as it will be through an economical, ecological and easier mode of transport.”

Equipment availability has become a major concern in the aftermath of Covid-induced demand swings, sending export freight rates across routes out of India to sky-high levels. Container lines say they have invested heavily in empty-repositioning to India to meet the stronger-than-expected export growth.

“The shipping lines have consistently been doing all they can, particularly during the pandemic, to assist the trade,” Sunil Vaswani, executive director of the Container Shipping Lines Association (CSLA), told The Loadstar. “For instance, last year, they repositioned 1.85m teu of empty containers into the country and introduced new services, increasing weekly capacity by 33,000-35,000 teu.”

In an earlier report, the Asian Development Bank concluded that, despite boasting the luxury of a vast coastline and extensive river networks, India’s domestic water transport facilities for freight handling had not kept pace with growing demand and remained way below the global average.

While acknowledging the significance of inland waterway transport towards logistics cost savings, industry representatives at a recent coastal shipping summit in Cochin noted that backhaul cargo problems and last-mile logistics inefficiencies posed challenges for the growth of this alternative solution.

They called for the development of a “robust multimodal transport system”  to create greater efficiency in supply chains, saying this was critical, as India’s export/import costs are said to constitute around 15% of its GDP, compared with about 8% in many larger, developed countries.

As the Indian economy expands – new forecasts peg at 7% growth in fiscal year 2022-23 – it is expected that coastal transport would remain a bellwether of government policy towards trade development.

The economic growth uncertainty, caused by Russia’s invasion of Ukraine and consequent global sanctions, is ...