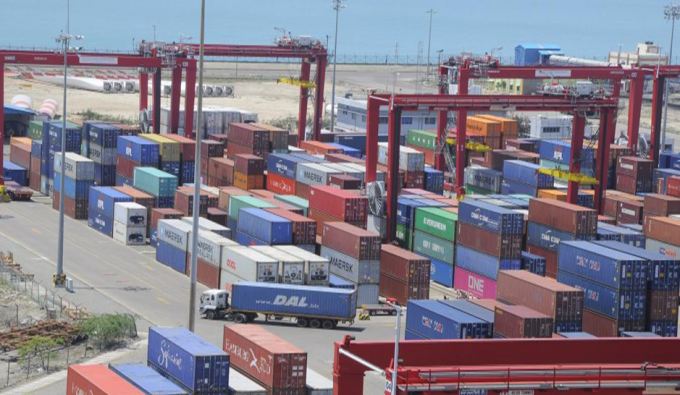 A near-$1bn investment strategy for the development of sophisticated container transhipment infrastructure at Tuticorin Port (VOCPA) illustrates this, especially after previously unsuccessful attempts.

Tuticorin is one of India’s 12 “major” ports and the second-busiest east coast container handler after nearby Chennai.

In a fresh tender process, the port has relaunched its search for a private investor to develop and operate a deepwater container transhipment facility in the harbour.

The port authority noted in its announcement: “To handle the present container vessel trend of 22,000 teu and to convert VOC Port as a transhipment hub, it is proposed to develop the outer harbour to handle 22,000 teu vessels.”

Two terminals with a 1,000-metre quay each have been proposed under the public-private-partnership (PPP) model, with a combined capacity of 4m teu a year after completion. VOCPA estimates the project, to be developed in two stages, would cost approximately Rs7,200 crore ($928m).

Apart from the site’s strategic proximity to the busy east-west international shipping route, which typically helps facilitate shorter transits and greater economies of scale for mainliners, what could sweeten the deal for potential investors is that the concessionaire will have the freedom to operate with market-driven pricing, instead of regulated tariffs earlier applied to PPP projects in the Indian port sector.

That change comes from the revised tariff guidelines approved as part of a new national port governing law last year.

“The concessionaire shall fix the tariff based on market conditions and on such other conditions, if any, as notified and made applicable as per ‘Tariff Guidelines 2021’ for the future PPP concessionaires,” the port noted.  “The recent traffic forecast study done by the consultants also shows that the future traffic growth at VOCPA depends majorly on the container traffic.”

In addition, the authorities believe improved countrywide coastal connectivity – a result of liberalised cabotage rules that allow liners to freely transport containers between Indian ports – would add to the potential for gateway cargo availability.

Anecdotal industry studies put the burden of cargo transhipment via Colombo, in the absence of sufficient direct connections, for the Indian trade at some $300m a year – a figure that can only go up with rising demand. This, arguably, makes Indian goods measurably uncompetitive in global markets.

Tuticorin has two container terminals at present – PSA Sical and Dakshin Bharat Gateway (DBGT). Bolloré Africa Logistics, recently acquired by MSC, is a consortium partner in the latter. Since this ownership change, DBGT has seen a flurry of ad hoc calls from MSC sailings.

And DBGT leads volumes moving via Tuticorin; it saw 54,771 teu last month, versus 16,347 teu at PSA Sical, according to port data. Last month, the port also put out an attractive tariff incentive scheme for mainline and feeder vessels to cash in on the disruption in Colombo.

Shipping stakeholders in Sri Lanka have hit back at claims carriers are avoiding the port ...