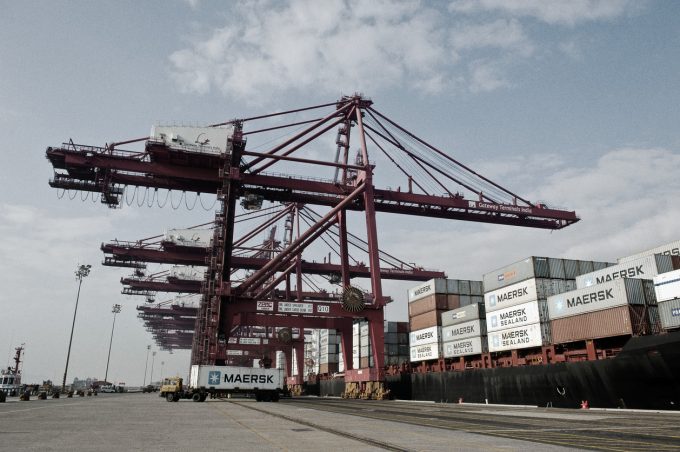 India suffered a “broad-based” slowdown in import-export trade in 2019, according to Maersk.

“This is aligned closely with the weaker domestic demand, tight liquidity and working capital, as well as a reflection of the overall cyclical weakening of the economic environment in all the main global economies,” he added.

While imports witnessed subdued growth, the overall fiscal impact was “nullified by an identical contraction in exports”, it said.

Bucking the trend was an 11% jump in exports to Africa, led by appliances and kitchenware, vehicles and seeds, beans, cereals and flour. And reefer exports to the Mediterranean saw growth, too, primarily fuelled by meat, fish and shellfish.

Exports of seafood and other reefer cargo to China also increased. Maersk said China’s domestic protein production was down 5% last year, which influenced the demand for imports from countries such as India.

Furthermore, the US-China trade war seems to have caused complications for India’s trade with China. According to the report, India wants to boost trade with China while protecting local interests.

For example, India is looking for greater access to the Chinese market as it seeks to mitigate a drop in farm commodity exports. But New Delhi has so far declined to join the Regional Comprehensive Economic Partnership (RECP), citing concerns over protecting local businesses from a flood of goods from China into the Indian market through third countries, Maersk noted.

India’s retail, apparel and textile industries are also facing strong headwinds, according to the report, which said the trade war, Brexit and flat economic growth in major economies was creating a challenging export market. Key competitors, such as Pakistan, Bangladesh and Vietnam, were given preferred access in Northern Europe, Maersk said, which is India’s biggest textile market.

“The government’s ambitious target of making India a US$5trn economy requires a focused approach in implementing reforms and measures in the logistics sector. This may be feasible, provided infrastructure and technological investments can be progressed across the country, further supported by robust policy reforms towards strengthening connectivity, especially towards the hinterlands and coasts.

“With cargo successfully being transported via Inland Waterway 1 this year, we hope to see even more increase in multimodal transport routes, aided by the efforts of the Sagarmala project,” Mr Felder added.

He also believes initiatives such as the government’s Digital India policy have the potential to propel the logistics and shipping industry forward.

“We see great opportunity in investment in technology start-ups focused on developing solutions backed by artificial intelligence, machine learning, blockchain and similar technologies to help address challenges prevalent in the industry,” he explained.

Mr Felder suggests a key target for India this year should be to reduce logistics costs through faster adoption of technology by the government and other key industry stakeholders.