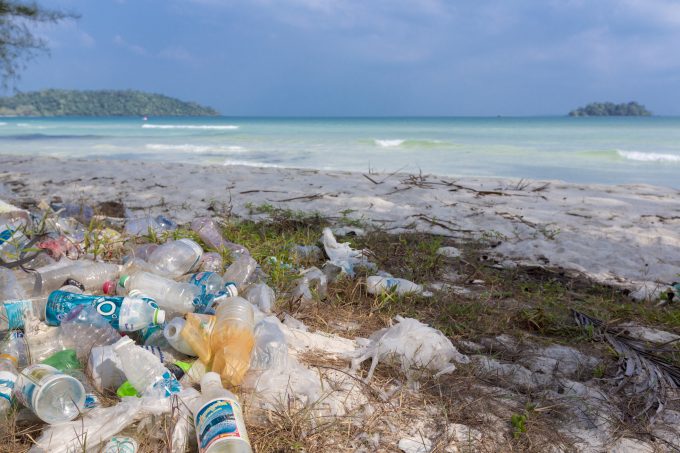 The International Maritime Organisation (IMO) is to launch a wide-ranging study on how it can help reduce levels of plastic litter from ships.

The IMO said it would study litter levels and port reception facilities for litter and consider new measures, including the compulsory declaration of containers lost at sea.

It said: “Recognising more is needed to address environmental and health problems posed by marine plastic litter, IMO member states agreed actions to be completed by 2025.

“The action plan supports IMO’s commitment to meeting the targets set in the UN 2030 Sustainable Development Goal 14 on the oceans.”

The International Convention for the Prevention of Pollution from Ships already prohibits dumping plastic into the sea, however, it only “obliges” governments to ensure adequate port waste facilities.

Per the London Convention and Protocol on dumping of waste at sea, only permitted materials can be dumped, and these are fully assessed to ensure they do not contain harmful materials like plastic.

“The action plan provides IMO with a mechanism to identify specific outcomes, and actions to achieve these outcomes, in a way that is meaningful and measurable. The plan builds on existing policy and regulations and identifies opportunities to enhance these and introduce new supporting measures to address the issue of marine plastic litter from ships.”

An independent shipping consultant told The Loadstar the dumping of waste products such as plastic overboard has been banned for 30 years under MARPOL, noting that the problem was primarily one of enforcement.

“The IMO might want a bit of the Blue Planet buzz around saving the oceans,” said the source.

Concrete measures and details will be further discussed when the IMO reconvenes for its Marine Environment Protection Committee 74 meeting in April.

A spokesperson for the IMO told The Loadstar that before some of the measures are brought into force they will need “fleshing out”.

“For something to become mandatory, there is a set process to follow to incorporate something into an existing treaty instrument like MARPOL,” said the spokesperson. “If you wanted to include something additional, it has to be proposed and circulated for six months before it can be adopted.

“So yes, at the moment it is a list of measures to be considered further but that is the first step and gives a direction to follow.”