IATA AGM in Cancun: where the top dogs bite on the big stories 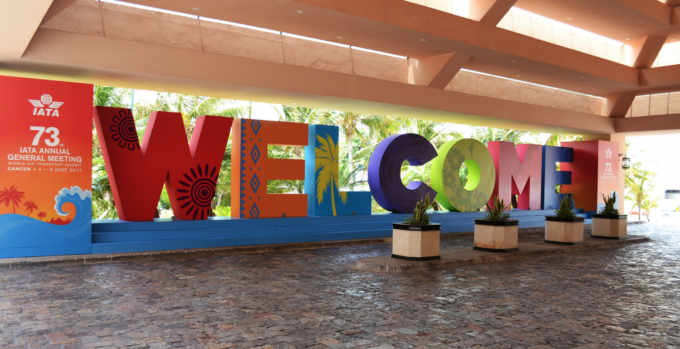 There is a lot coming out of IATA’s AGM in Cancun at the moment – not least of which is gossip. Apparently, Qatar Airways chief Akbar Al Baker, anointed chairman of the board of IATA from 2018, after Singapore Airlines’ Goh Choon Phong takes the role from IAG’s Willie Walsh this month, was forced to take a private jet back to Doha. At the opening reception on Sunday he appeared unaware of the crisis that was about to unfold at his airline, but he was quickly off on Monday morning when the story broke. Mr Walsh, meanwhile, “threw his toys out of the pram” over media coverage of IAG’s “power failure” – not an “IT ‘meltdown”, he insisted, (although ATW asks what the difference is). ATW also warned airlines not to sell safety as a customer service, following a comment from United’s Oscar Munoz.

Then, of course, there was the pledge to modernise air cargo. “IATA…adopted a resolution to accelerate the modernisation and transformation of the air cargo industry.” What difference this will make is debatable. One cynical executive told The Loadstar it was “a load of crap”, designed to create jobs for IATA and fit only for the shredder. It could be argued, however, that it was one way of making airline CEOs more aware, at least, of the investment needed in air cargo.

Just before the IATA shindig came the air freight results for April. FTKs rose 8.5%, year-on-year, with “business confidence indicators remaining consistently upbeat” – and with this happy prediction: “Over the whole year, air freight is headed for a healthy growth rate of 7.5%, supported by strong pharmaceuticals and e-commerce.” The data may be late, but it is optimistic.