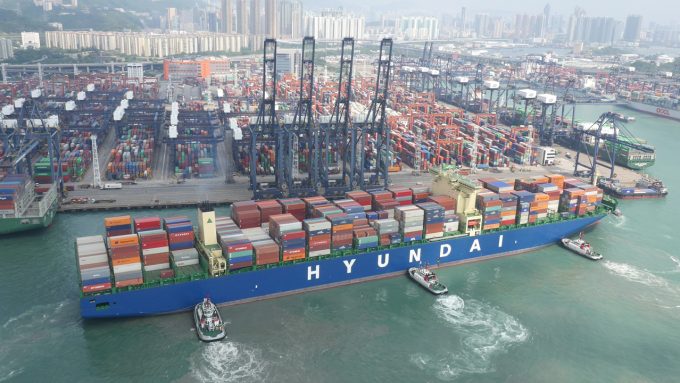 Hyundai Merchant Marine (HMM) has agreed a three-year slot purchase and exchange deal with the 2M alliance, but has been denied membership of the VSA.

The agreement dubbed the 2M + H Strategic Cooperation will also see Maersk Line and MSC take over the charter and operation of a number of the South Korean carrier’s fleet.

HMM described the deal as “the best result”, given its financial status, which it said gave it “a disadvantage in negotiations with the 2M”.

Maersk Line confirmed that the agreement would provide HMM access to the 2M network, but that it was outside the scope of the VSA. It will still need regulatory approval before the new alliance structure launches on 1 April.

“We are pleased to enter this strategic cooperation with HMM, Korea’s leading container carrier,” said Soren Toft, chief operating officer of Maersk Line. “It will enable us to enhance our 2M network and presence in the important transpacific trade.”

After being excluded from THE Alliance grouping announced in May, HMM signed an MoU on 14 July with Maersk and MSC to join the 2M when its membership of the G6 alliance expires.

However, the bankruptcy of compatriot Hanjin Shipping weakened HMM’s negotiating stance, given that the 2M carriers appear to have been the biggest recipients of a “flight to safety” of major Korean shippers, such as LG and Samsung.

Full membership of an alliance was one of the key conditions of HMM’s creditor-led restructuring, but it is assumed that the watered down deal with the 2M has received the blessing of the carrier’s biggest creditor, state-owned Korean Development Bank.

Nevertheless, in the wake of the Hanjin collapse on 31 August, which caused significant disruption to global container supply chains, shippers remain nervous of another carrier going bankrupt. This would explain the 2M taking over responsibility for some of HMM ship charters, thereby avoiding the risk of arrest by a disgruntled creditor.

HMM says it has agreed a shorter than normal duration of the cooperation as a long-term contract “may prevent us from growing into a global carrier”.

It said it would “fulfil the nation’s expectations… as we iron out the uncertainty through negotiated settlement”.

At a press conference in Seoul this morning, HMM said it would target the transpacific route and that the partnership with the 2M would assist it to “trim costs and secure improved competitiveness”.

Local media reported HMM’s chief executive and president Yoo Chang-keun as saying: “Over the next two to three years, we’ll focus on competitiveness improvement rather than external expansion. In other words, it’s enhancing basic fundamentals to emerge as the final winner in this fierce global competition.”

According to Drewry, the deal with HMM suggests that financial risk was a major consideration for the 2M partners. It commented: “HMM was left without much bargaining power after a traumatic year and this agreement was probably the best it could hope for.

“While it will be diminished in the short term, it does at least give it the space to grow in the future.”

MSC has yet to comment on the agreement, but Maersk will no doubt elaborate further on strategy during its Capital Markets Day presentation in Copenhagen tomorrow.

North European exporters to Asia are paying the price of the extensive headhaul blank sailing ...

Strong first quarter for OOCL, but the pandemic impact is still to be seen

Ocean carriers are succeeding in propping up container spot rates from Asia, partly due to ...