News / When the huge 'goodie-bags' arrive, will the party be over for ocean carriers? 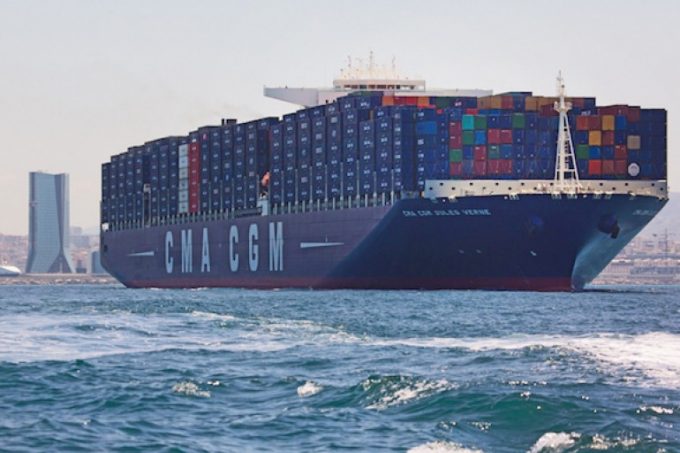 At least two Asia and Europe loops will need to be closed in the fourth quarter of the year, or sailings blanked, to avoid the prospect of excess capacity throwing supply and demand out of kilter.

According to new SeaIntel analysis, a capacity increase of 11.5% by the three east-west alliances between H2 2017 and H2018 will result in a weekly excess of some 28,300 slots between October and December this year – a change in fundamentals that will spark fears of a new rate war.

Individually, the 2M will increase its deployed capacity on the route by 3.2% and THE Alliance by 11.9%, but the Ocean Alliance could see a massive hike of 24.6%.

SeaIntel warns that the phasing-in of a significant number of new ultra-large container vessels (ULCVs), will require more judicious capacity management by ocean carriers. By the second half of 2018 and assuming a 5% demand growth, the imbalance will require “the de-facto closure of a weekly service by each of the three alliance”, said the analyst.

SeaIntel suggests an alternative could be to cascade the displaced Asia-Europe vessels into other tradelanes, although this option would mean 30 large ships dumped onto smaller markets and exerting pressure on rates there.

And SeaIntel CEO Alan Murphy added: “This would lead to an even greater need to reduce the number of services in such trades, as they would be shorter and smaller than Asia-Europe.”

Meanwhile, the strategy of Maersk Line, for example, is to meet the challenge of accommodating newbuild ULCVs by off-hiring excess charter tonnage. It charters in around 51% of its 3.5m capacity, while second-ranked MSC has approximately 65% of its capacity on charter and CMA CGM some 63% of its tonnage.

The Ocean Alliance members, with around 25% projected capacity growth, might also use the argument that they will be returning many of their chartered ships to owners when the new ULCVs are delivered. And the same reasoning will undoubtedly be used by CMA CGM to fend off critics accusing it of breaking ranks by placing a fresh order for nine 22,000 teu behemoths at Chinese yards.

The prospect of many more charters not being renewed will not be welcome news for shipowners already struggling for survival in continuingly depressed markets. However, in practice, the solution for the container lines is not quite so easy. For instance, Maersk Line’s fleet of 654 vessels consists of 245 owned ships, with a capacity of 1.7m teu, and 409, with capacity of 1.8m teu, on charter.

The chartered vessels would have been fixed on their suitability for specific trades, thus cascading bigger ships to replace them will not always be workable.