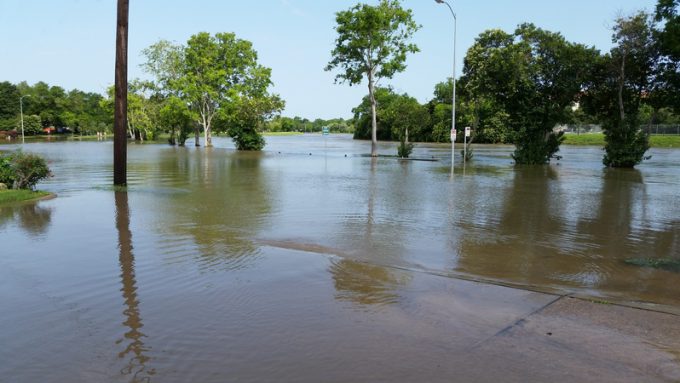 As floods in the Houston area begin to recede in the wake of tropical storm Harvey, the city’s port and airports are resuming operations – albeit on a limited scale.

The hurricane and succeeding storm wreaked havoc across Texas and Louisiana, with transport links in many areas still at a standstill.

Yesterday, Port of Houston announced that all facilities would resume operations today, after seven days of paralysis.

The city’s major airport was back in action late on Wednesday on a much reduced scale. According to the airport authority and major carriers serving Houston, access remains hampered by flooding on approach roads.

United Airlines reportedly managed three flights at George Bush Intercontinental (IAH), one of the major hubs in its network, yesterday. The carrier said system-wide product restrictions had been lifted. And at 7am today, it reopened its freight facility.

Adding that a plan was in place for the resumption of all IAH cargo operations, United said these would be restricted to non-perishable items to and from US locations for several days at least.

“The IAH Cargo Perishables Centre is currently restricted for use by government agencies processing hurricane victim relief shipments,” said United. “These processes have priority, so the date we will be able to resume shipping perishable cargo to/from/through IAH is not known.

“United Cargo’s plan for resumption of carriage of freight on trucks to and from IAH is still pending, as road conditions around the airport are still unstable.”

Panalpina also managed to resume operations at its Houston business unit, yesterday, with its facilities “untouched, dry and with power”.

It said: “We are extremely grateful that all of our associates remained safe during this difficult time and have set an internal donation webpage to support both our community and colleagues in distress. We look forward to the full recovery in Texas and Louisiana.”

UPS and FedEx advised customers they were still not unable to serve many areas in Texas and Louisiana because of flooding. UPS announced yesterday services to Austin and some areas of Corpus Christi had resumed, but warned customers with shipments to the Greater Houston area that they might experience extensive delays.

The flooding has also stalled traffic on the rails. Kansas City Southern’s line between Houston and Laredo remains closed. By yesterday afternoon, BNSF had its line to Houston open again, but several of its rail yards as well as some lines in the region are still closed.

The US Customs and Border Protection service issued an advisory that exporters should divert their shipments from Houston to alternative gateways.

Some shipping lines, including Maersk and Hapag Lloyd, have diverted vessels from Houston. The port handles about two-thirds of the container traffic in the US Gulf, as well as large volumes of oil, breakbulk and project traffic.

At Corpus Christi, where Harvey made landfall, the major ship channel has been closed since 24 August, but the coastguard allowed vessels with draughts of up to 20ft into the inner harbour yesterday.

Most of the ports have hopes of resuming operations on Monday.

Harvey, which damaged more than 93,000 homes in Texas and dumped up to 51 inches of water on some areas, has been called a “one-in-a-millennium” storm. Estimates of its economic impact range from $95bn to as high as $160bn. United Airlines is said to be facing losses as high as $265m.

Another major impact has been the shuttering of nearly one-quarter of US oil refining capacity, as well as major pipelines. This has led to a rapid rise in petrol prices across the nation, which are expected to climb by about 8% altogether.

And once the immediate disaster relief and rescue efforts are replaced by activities to rebuild infrastructure, this is expected to tie up a considerable amount of truck capacity, likely resulting in higher trucking rates.