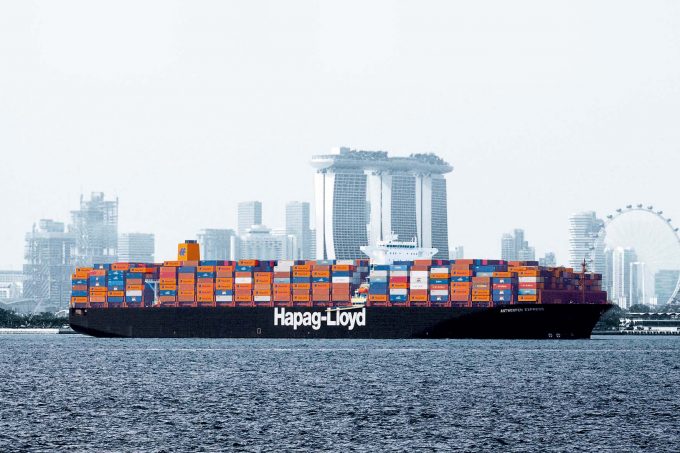 Hapag-Lloyd has become the latest container shipping line to introduce a cancellation/no-show fee, as carriers appear increasingly intent on penalising shippers and forwarders that book slots on services but don’t arrive with the cargo on time.

The German carrier has announced a $60 fee for all export shipments from Singapore to India from 9 June on “all bookings which are cancelled within three calendar days prior to vessel arrival”.

It would appear carriers are increasingly “testing the water” with cancellation fees on selected, smaller-volume tradelanes

The fee follows a similar announcement from CMA CGM on shipments out of Europe to ports in the Indian subcontinent, Middle East Gulf and Red Sea.

“CMA CGM has been facing a large number of shortfalls due to late cancellations, preventing us from accepting bookings on behalf of other valued customers,” the company said.

The line applied a $150 per teu cancellation fee on all equipment types, except reefer containers, from 1 June on applications to cancel or transfer a booking made less than seven days before the sailing date.

The Loadstar may have given the impression that CMA CGM was the first carrier to introduce a booking cancellation fee, but it actually followed Maersk, which in April responded to the growing eastbound capacity crunch out of Europe in the same way.

“Due to strong demand for exports in corridors from North Europe to Middle East, Red Sea and IPBS [India, Pakistan. Bangladesh and Sri Lanka] region, and a significant amount of bookings cancelled shortly before cargo cut off, which leads to inability to accept bookings from other interested customers, we have decided to introduce a booking cancellation fee for all export shipments on above mentioned corridors,” it said at the time.

It has since levied a €125 per container on “all bookings cancelled seven calendar days or less prior to the estimated date time of departure”, adding that reducing the number of containers in a booking would “be treated as booking cancellation and charged the same way”.