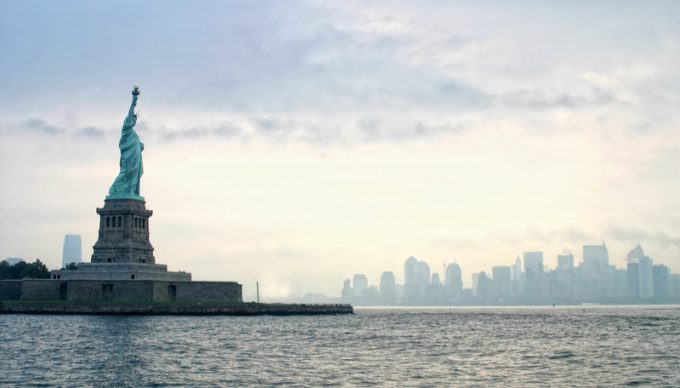 As debt claims against bankrupt South Korean carrier Hanjin Shipping continue to mount in both the US and South Korea, details of the human cost of the company’s collapse have begun to emerge.

According to documents filed yesterday with the US bankruptcy court in New Jersey, handling the claims, the shipping line has a further liability of some $30.6m of pension funds due to retired dockworkers in the port of New York and New Jersey.

Hanjin has to date refused to supply details of its ownership structure, but Judge John Sherwood has ordered Hanjin’s US subsidiary to respond to “questions seeking the identities of Hanjin’s controlled group” by 6 February.

The implications of the order could be huge, given that Hanjin Shipping was owned by the Hanjin Group “chaebol”, which also owns Korean Airlines, and if a link is established it could potentially expose the group to possible total liabilities of $26bn.

Under the collective bargaining agreement between the New York Shipping Association (NYSA) and the International Longshoremen Association (ILA), the union that represents dockworkers at the port, all NYSA members – major shippers, terminal operators and carriers that call – pay into the stevedores pension pot.

When Hanjin entered administration and stopped operating, it withdrew from membership of NYSA and subsequently asked the organisation what its withdrawal liability would be.

In an affidavit filed yesterday, NYSA president John Nardi said that the association had written to Hanjin in mid-October ,detailing its liability of $30.6m, but had heard nothing in return.

On 20 December it submitted further requests to Hanjin “seeking information concerning whether Hanjin is a member of a controlled group of companies that is liable for Hanjin’s withdrawal liability”.

What happened next vividly illustrates the sort of difficulties that the thousands of Hanjin creditors face in the coming months and years.

Mr Nardi said: “In response, Hanjin sent emails to the fund’s [the NYSA-ILA Pension Trust Fund] co-counsel and to me, refusing to respond to the questions without a court order.

“The email to me stated: ‘You guys and the attorneys will never get this info unless there is court order specifically demanding the responses to these questions…’.”

Anne-Marie Flynn, a lawyer for the pension fund, said further requests for information had gone unanswered.

She said: “There has been no response to the fund’s controlled-group questions from Hanjin or its counsel, or Hanjin’s receiver or the receiver’s counsel.

“Nor have they acknowledged that they have received the questions or intend to respond to them.”