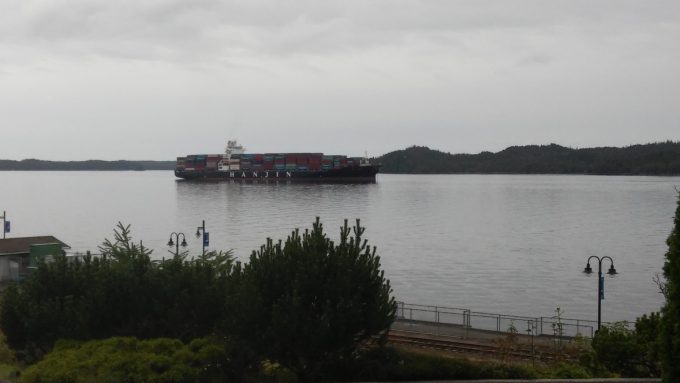 A group of bunker suppliers and tug operators and one of the world’s largest container leasing companies have launched a joint request to the US bankruptcy court to allow them to arrest Hanjin-operated vessels due to call at US ports.

The group, initially comprising towage service providers Moran and MacAllister and bunker suppliers OcaenConnect, Glencore Singapore and Chemoil, have been joined by Textainer in the application to the US bankruptcy court of New Jersey.

They want the court to reconsider its ruling that Hanjin-chartered ships are not subject to arrest at US ports as its bankruptcy proceeding under South Korean law effectively gives its vessels, as well as those it charters Chapter 11 protection.

According to the filings, Textainer is owed over $4m in unpaid rental fees on the 20,000 containers it leased to Hanjin and is expecting further debts for recovery costs as well as for lost and destroyed boxes.

Lawyers representing Textainer requested that the judge allow it to exercise its right to maritime lien, and quoted part of its lease agreement with the shipping line in which Hanjin also recognises Textainer’s rights.

It says: “Lessor is expressly relying on the credit of the vessel(s) (as well as the vessel’s pending freight) and lessee recognises and grants to lessor an express maritime lien against each and every vessel to secure all obligations running from lessee to lessor under the lease.

“Lessor may execute its maritime lien on any vessels by appropriate process in any court of any country having general admiralty and maritime jurisdiction, and lessee hereby waives any and all objections to an in rem action.”

Documents submitted to the court on behalf of the tug and bunker suppliers detail how a group of just eight Hanjin vessels scheduled to call at US ports owe these suppliers alone $2.2m.

The vessels are Hanjin Baltimore, under arrest in Panama; Hanjin Bremerhaven, waiting off Panama’s Pacific port of Balboa; Hanjin Miami and Seaspan Efficiency, waiting outside New York and Savannah respectively; Hanjin Scarlet, under embargo in Prince Rupert’s inner anchorage, after terminal, pilot and towage operators refused to service it; and Hanjin Croatia, currently languishing off the Mexican port of Manzanillo after running out of low-sulphur fuel and had to exit the US’s low-sulphur zone

At Los Angeles-Long Beach there are Hanjin Montevideo, embargo  at Long Beach, and Hanjin Boston, which is likely to be the creditors’ most pressing case, as it is currently having cargo unloaded and could set sail soon.

All the vessels are charted by Hanjin from non-operating owners, which leaves Hanjin’s creditors dangerously exposed, their lawyers argued.

They said: “None of the vessels to arrive in the US have outbound cargo. Hanjin and/or the owners’ may intend to withdraw [them] all to places where they cannot, because of applicable law, be arrested by in rem maritime lienholders.

“All have significant back, unpaid charter amounts and Hanjin is in default on all of the charters. If the owners have terminated the charters already, Hanjin soon will terminate, likely immediately after the cargo is unloaded in the US,” they said, and requested the court to order Hanjin – or the vessel owners – to post security.

Other vessels chartered by Hanjin have already begun to be returned to their owners. Maersk Sebarok and Maersk Senang have been returned to Maersk. Thew former unloaded its Hanjin cargo at Chennai and will soon dock in Singapore, while Maersk Senang is still unloading in Chennai.

Finally, Seaboxer III has been returned to Greek owner Thenmaris, having unloaded its cargo in Kuwait and is now at anchor off Dubai.