News / GoGreen ahead of schedule, so DP-DHL raises the environmental bar 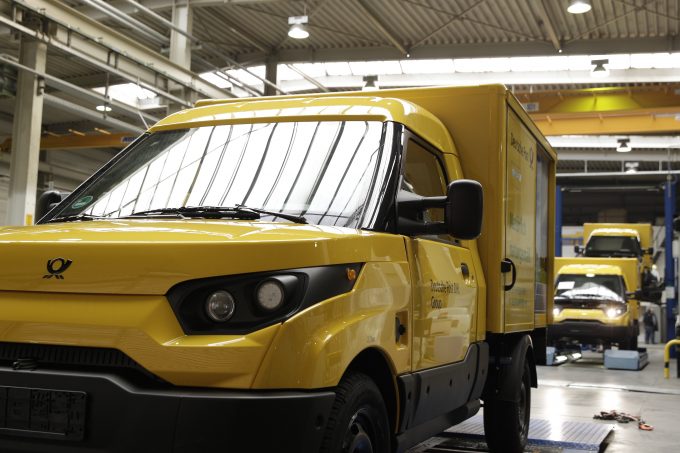 Deutsche Post-DHL (DPDHL) says it will consider building its own power-generating infrastructure to achieve its 0% emissions targets by 2050, if governments fail to support its goals.

Chief executive Frank Appel this week announced expanded environmental commitments that include a total reduction of emissions by 2050, having already achieved a 30% cut four years ahead of schedule.

Mr Appel said the Go Green campaign was not just “some words” but part of DPDHL’s day-to-day business and a necessity for the planet.

“On the basis, however, that infrastructure remained static we would have to think further about investment in our own basic infrastructure,” added Mr Ehrhart.

“But we are optimistic that we stand at a place where the ball drops on this, and we have seen sufficient evidence that Asia will catch up fast.”

DPDHL’s willingness to develop its own solutions saw the company purchase German electric car manufacturer Street Scooter in 2014, part of its plan replace its vehicles with a greener fleet.

Director of marketing and sales at Street Scooter Marcus Arens told The Loadstar the company had produced more than 2,000 vehicles for DPDHL, with forecasts for 10,000 by the end of this year.

“So, we delivered a tailor-made solution that is not only free from pollution, but also independent of fluctuations in fuel prices.”

Head of parcel delivery for Deutsche Post Jurgen Gerdes said 2,000 of the vehicles were operating in Germany, with another 100 in The Netherlands.

However, to meet rising electricity demand in the Netherlands, partly attributed a rapid increase in the use of electric cars, three coal-burning power stations were recently opened in the north of country, which has led to criticisms that declining vehicle emissions have simply been replaced by increased power station smog.

Despite this, Mr Gerdes promised DPDHL would deploy greater numbers of electric vehicles: “We are expanding this further in Europe and plan to more than double that number in Germany soon.”

Mr Appel said DPDHL was the only logistics company to have a system like Street Scooter.

“This gives us a major strategic advantage,” he added.

The Go Green initiative also includes four interim targets for 2025: a 50% improvement in carbon efficiency, including among sub-contractors; carbon neutrality for 70% of its delivery fleet; 50% sales to include Go Green solutions; and the planting of one million trees every year.

“When I took office in 2008, the board set targets to improve carbon efficiency; this has been achieved, so we have grown our target to zero emissions by 2050,” said Mr Appel.

“This is a long-term goal, but it is not that long considering what needs to be done, and the decisions we make today will determine how our children live 30 years down the line.”

Although, when asked, Mr Appel said he was unsure where this year’s million trees would be planted.