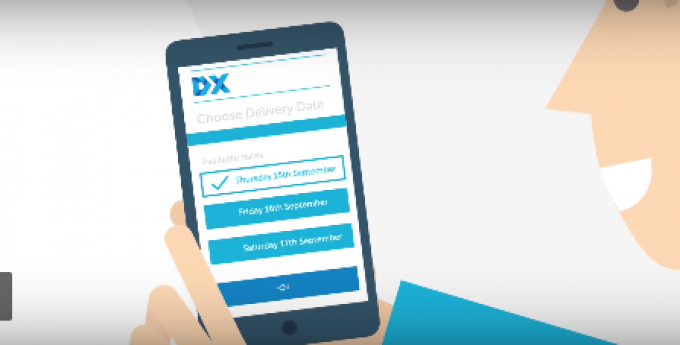 DX Group’s largest shareholder, Gatemore Capital, has agreed to lend the company £2m to provide “the flexibility and stability to return it to profitability”.

Chief investment officer of Gatemore Capital Liad Meidar told The Loadstar  UK courier and logistics company DX was in “clean-up mode” and looked “to put its bad news in the rear view mirror”.

He said: “This loan will allow the company to clean up its balance sheet and pay off an outstanding loan to HSBC – which was initially going to be covered by leasebacks.

“These would have included the freight hub at Willenhall, but with Gatemore providing the cash, neither DX nor its new management team will be constrained by this lease.”

Mr Meidar said the mood now appeared more optimistic at DX following a fraught year for a company that has come under intense criticism from shareholders led by Gatemore.

Gatemore, however, lightened its stance after it was agreed in June that Petar Cvetkovic would be replaced as chief executive.

Then in August, the company said a planned merger with Menzies Distribution had been terminated and advanced talks were under way for a new management board.

Chairman Bob Holt, who alongside Mr Cvetkovic was blamed by Gatemore for “destroying 90% of DX’s value”, was reportedly in “advanced discussions” with Ron Series to take over as chairman, with Paul Goodson, Russell Black and Lloyd Dunn as non-executive directors.

A DX statement said Mr Holt would lead these changes before stepping down – and The Loadstar understands these appointments are now imminent.

While Mr Meidar said the loan and management changes would not provide a “silver bullet” to solve the company’s problems, but would go some way towards helping.

“This is an issue of day-to-day management, and we believe the new team is suitably qualified to help turn the situation at DX around,” said Mr Meidar.

“They did a fantastic job at Tuffnells – DX Freight’s biggest competitor – and there is the belief they can do the same at DX, and are in the perfect position to bring back profitability.”

Connect Group has appointed Jon Bunting (pictured above) as its interim chief executive, in conjunction ...

DX Group finally appears to have turned a corner, posting its first full-year profit and ...

Wincanton raised its profit at around the same rate it lost revenue during its fiscal ...

A £2.5m loss in the six months to December has done little to dent confidence ...

Under the radar: Wincanton shines as break-up talk vanishes

“In the first half of the year the Group has delivered a healthy overall performance ...

Shareholders appear to be easing the pressure on Wincanton, with the company’s new chairman Martin ...

No break up for Wincanton with profits on the rise, says CEO

Wincanton chief executive Adrian Coleman has poured cold water on breaking up the group as ...

It seems DX Group has finally got its investors on board. A statement released by ...