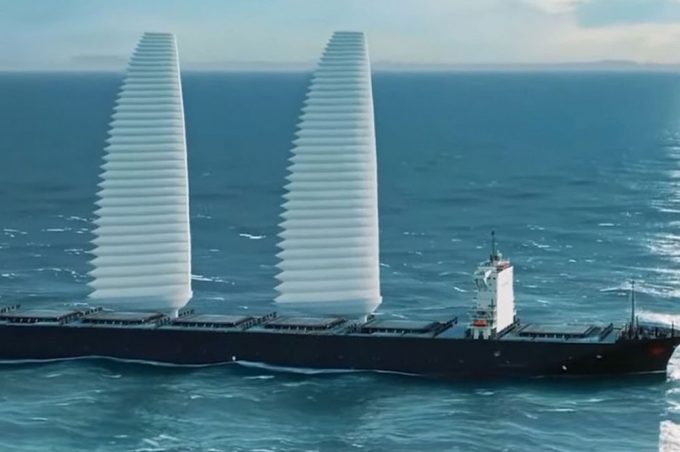 Around a dozen shippers have so far joined the Low Carbon Maritime Transport (LCMT) initiative, including well-known brands such as Michelin, Moët Hennessy, Nestlé Waters and Remy Cointreau.

They have “confirmed their willingness to transport part of their containers by this innovative means of transport, in order to reduce the environmental impact of their logistics,” France Supply Chain noted.

“Faced with environmental challenges, companies are devising solutions to enable logistics with a lower environmental impact. However, the decarbonisation of maritime transport remains a complex issue.

“Although innovative solutions, such as biofuels, can currently be deployed, they cannot be the only answer to the energy sobriety that we absolutely need at global level. Yet maritime transport is a vital part of the functioning of our economy, which is more than ever based on international trade.”

LCMT has launched a call for tenders for the operation of two weekly transatlantic routes between Europe and North America, to be operated from 2024 by containerships propelled mainly by wind power. The ambition is to reduce carbon emissions by at least half.

France Supply Chain said: “At a time when the world must reinvent itself in the face of major environmental challenges, the supply chain – the true nervous system of the economy – again bears witness to the fact that it is one of the keys to sustainable renewal.”

AUTF president, Denis Choumert told French freight publication L’Antenne that, among LCMT’s missions was to launch a tender for 12 wind-powered vessels, each to cost of around €40m. Shippers committed to wind-powered cargo vessels would offer transport contracts for a five-year period to cover construction costs.

With fuel costs for conventional maritime transport expected to remain high, wind power is likely to become an increasingly competitive alternative, he believes.

Efforts to decarbonise the shipping industry accelerated today as Maersk and DFDS announced their backing ...