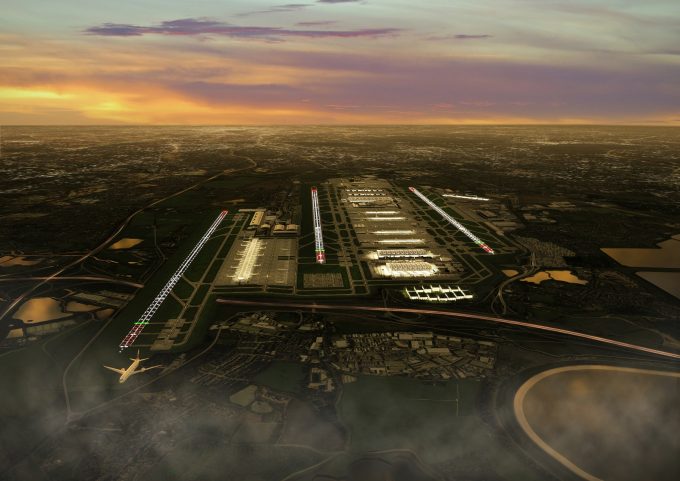 The UK government has finally greenlit the long-awaited expansion of Heathrow Airport with a third runway.

The Freight Transport Association was among industry bodies praising the decision, with deputy chief executive James Hookham “heartened” by a decision that indicates the government’s understanding of the role of logistics in trade and the economy.

“It was clear it was the only choice,” he said. “Importers and exporters need connectivity with the wider world, something that became paramount following the 23 June [Brexit] referendum.”

The next step will be a public consultation and a vote by MPs, expected next winter.

The secretary of state for transport will only be able to sign off on the expansion when there is planning permission, a national policy statement and acquisition of the land, most likely by compulsory purchase orders.

A Heathrow (LHR) spokesperson said: “We await the full details, but Heathrow stands ready to work with government, businesses, airlines and our local communities to deliver an airport that is fair, affordable and secures the benefits of expansion for the whole of the UK.”

Segro, which owns the main cargo facilities at Heathrow, also welcomed the decision, with chief executive David Sleath adding that 84% of the firm’s customers supported the addition of a third runway.

“Expansion at Heathrow will allow businesses to connect with emerging markets and create new opportunities, demonstrating that Britain really is open for business,” said Mr Sleath.

“We urge the country to come together and do what is right for the nation as a whole, which is to support the delivery of a third runway at Heathrow.”

Segro has faced criticism for failing to modernise its cargo facilities, which include the notorious horseshoe, at the UK’s main airport.

Mr Sleath said: “Heathrow has already committed to double the cargo capacity of an expanded airport and we look forward to working with them to improve the cargo facilities.”

“Heathrow is at maximum capacity and, given the interests of optimising London’s connectivity with the rest of the world, this is logical,” Mr Nijhuis said.

“For Schiphol, it provides an impetus to work even harder to maintain our competitive position. After all, there is a tough competitor around the corner.”

The UK government has given assurances that runway construction would be funded without dipping into the public purse, and Mike Cherry, national chairman for the Federation of Small Businesses (FSB) noted that the FSB had worked closely with Heathrow to guarantee that small firms would play a major part in the £16bn procurement exercise to build the runway.

Mr Cherry added that the decision on airport capacity was a welcome boost for British business that could deliver up to £211bn of extra economic growth, 180,000 jobs and double the apprenticeships at Heathrow to 10,000.

“While [transport secretary] Chris Grayling has hinted at an expedited planning procedure, with no reopening of high level arguments, the inevitable legal challenges and the convoluted parliamentary and planning processes that are also likely, lead me to doubt that any expansion will be completed by the time UK aviation capacity is predicted to run out, in 2025,” he said.

Opposition to Heathrow expansion includes foreign secretary Boris Johnson and his successor as London mayor, Sadiq Khan, who said the government had “run roughshod” over London. Local councils are planning a legal challenge.

Mr Grayling said: “We have made it clear that expansion will only be allowed to proceed on the basis of a world-class package of compensation and mitigation worth up to £2.6bn, including community support, insulation and respite from noise – balancing the benefits and the impacts of expansion.”

Having seen its proposal for an extended northern runway turned down, Heathrow Hub said the government had chosen the right airport but the wrong scheme.