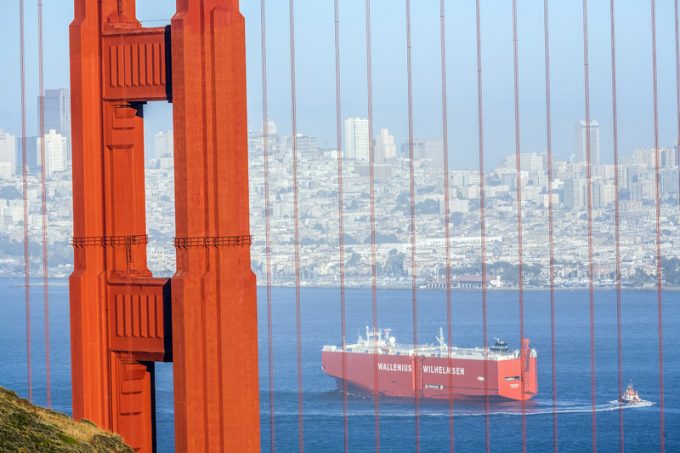 The Federal Maritime Commission (FMC) will allow a consortium of ro-ro shipping lines to jointly negotiate the procurement of tug services at US ports, but the decision was not unanimous.

FMC chairman Mario Cordero said: “Careful analysis of what was proposed yielded no concerns about potential anticompetitive behaviour, or adverse consequences to ports or the American shipper.

However, commissioner William Doyle voted to reject the amendment, claiming that allowing foreign carriers to negotiate collectively for US-flagged tug services went “beyond the scope of the Shipping Act”.

Mr Doyle added that the maritime business community had raised objections and that “tens of thousands of family wage jobs are supported by these services”.

Mr Doyle quoted from the American Waterways Operators’ objection to the amendment which suggested: “Such a provision would allow ocean carriers to gain an advantaged bargaining position.”

He argued the FMC concession “tilts the playing field” and “opens the door to anti-competitive behaviour”.

The amendment could set a precedent which could spark a similar move by container carriers.

The THE Alliance agreement (filed with and approved by the FMC and can be accessed here) between container carriers Hapag-Lloyd, K Line, MOL, NYK and Yang Ming states in Article 5.2 (l) that the parties are allowed to jointly contract with tug operators “provided they are procured outside the United States”.

Mr Doyle was directly involved with the THE Alliance agreement discussions and enthused that the grouping was the first to provide safeguards in case of a failure of one of its members, responding to the concerns of shippers in the wake of the Hanjin bankruptcy.

The wording in Section 7.4 of THE Alliance agreement authorises the remaining (non-bankrupt) parties to “make financial or operational arrangements directly with shippers, providers of vessel space to the affected Line … agents service providers and sub-contractors … and other measures necessary to maintain continuity of operations and to minimise disruption or congestion.”

Mr Doyle said that the intent of the “framework language” in THE Alliance agreement was to avoid a repeat of the significant disruption to the supply chain caused by the sudden crash of Hanjin Shipping in August last year.

He added that the members of the Ocean Alliance are “in the process of reviewing their safeguard offerings post-Hanjin”, and noted that the 2M had “recently announced that it had safeguards in place for its strategic operation agreement with HMM”.