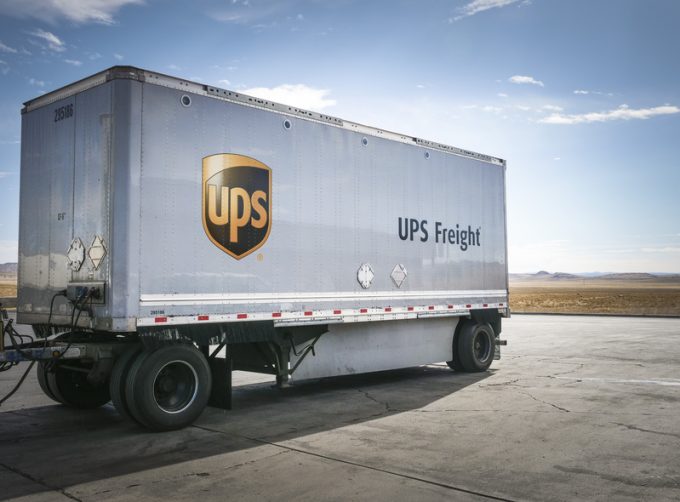 How much slimmer is UPS going to get? The company’s decision to walk away from the LTL sector raises questions about its stance on other parts of the business.

And pundits are also turning to FedEx to see how the Memphis-based integrator will manage its LTL arm.

The announcement that UPS is selling LTL unit UPS Freight for $800m to TFI did not come as a big surprise to close observers.

UPS Freight has not been a stellar performer for its parent. The integrator did not publish its results, they were subsumed into the financials of the Supply Chain & Freight division, but it is estimated to have earned $3.14bn last year, down from $3.26bn in 2019, with adjusted operating profits down as well.

UPS CEO Carol Tomé described the disposal of UPS Freight as “a step towards focusing on the company’s core parcel business”. She was reportedly never enamoured with the LTL unit, which was born of the $1.25bn acquisition of Overnite Transportation in 2005.

With 197 facilities, 14,500 employees and a fleet of over 6,300 tractors and about 23,400 trailers, UPS Freight ranks sixth in the hierarchy of US LTL carriers, but it never gained ground on the larger players, notably FedEx Freight, which sits at the top. Critics argue this is because UPS never made a decisive move to strengthen the unit after a “half-hearted” integration.

It did not help that the majority of the UPS Freight work force is unionised – unlike most LTL rivals. Carriers with unionised drivers seem to be struggling more with higher costs, said Dean Maciuba, managing partner, North America, of Last Mile Experts.

The announcement of the sale has prompted some speculation that FedEx might consider divesting itself of its LTL unit to concentrate fully on the parcel sector, but Mr Maciuba finds this extremely unlikely.

“FedEx is more invested in this,” he concluded.

Moreover, FedEx is using its LTL arm for the delivery of large and bulky items, a segment that has seen strong growth over the past year. In 2019, it launched FedEx Freight Direct, targeting residential deliveries of such items to 80% of the US population.

Running an LTL operation alongside its parcel business also allows FedEx to use the lower-cost trucking unit to move some lower-margin parcels, and it can bundle services for clients that want a one-stop solution for their business. According to Mr Maciuba, a former FedEx manager, this has traditionally been a strong focus for the company.

UPS stands to lose that capability, but a five-year agreement with buyer TFI to use the UPS package network is designed to avoid disruption for shippers that use its bundled services.

According to UPS management, the decision to part ways with UPS Freight is a manifestation of its “better not bigger” strategy. This raises the question if other parts of its business may go the same way.

“This could be step one in a reorganisation of UPS, getting out of marginal businesses and focusing on the core parcel segment,” Mr Maciuba said. “I wonder what they’ll do with the remnants of Coyote,” he added, referring to the truckload freight brokerage UPS bought for $1.8bn in 2015.