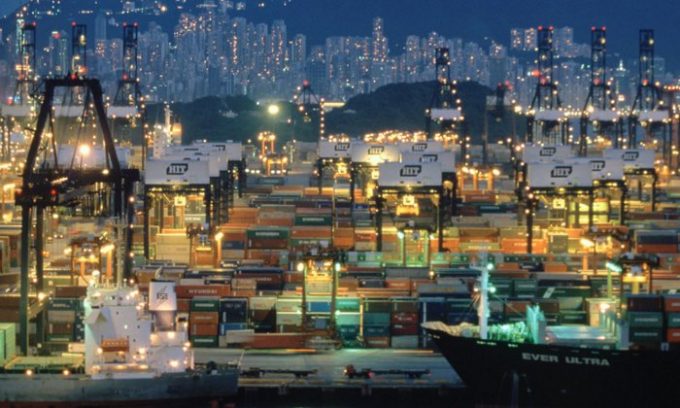 A new report by respected Hang Seng Management College (HSMC) claims the world’s fifth-largest port could lose as much as 2.4m teu in transhipment traffic or 14% of its throughput, should China’s cabotage rules, allowing foreign-flagged vessels to carry domestic cargo between Chinese ports, be fully relaxed.

Currently, only vessels registered in China or flying the Chinese flag are permitted to conduct coastal shipping of cargo between Chinese ports – foreign-owned and -flagged ships are not allowed to load a container in a mainland port and unload it at another one.

Under the “One Country, Two Systems” policy, Hong Kong is not regarded as a Chinese port and is exempt from cabotage. As a result, it has historically benefited from large transhipment volumes, which represented 70% of the port’s 20m teu throughput in 2015.

“Of those containers, a little over half carried intra-Asia shipments, including cabotage cargo of foreign ships which could be handled in mainland ports,” said HSMC.

Cabotage rules could be about to change, however.

“The concern is if they continue the relaxation and allow other ports to do it, then the next stage is to allow foreign-owned vessels to call,” explained Lawrence Leung, dean of HSMC’s school of decision sciences.

According to HSMC, major ports like Qingdao, Ningbo and Guangzhou are lobbying hard for their own cabotage exemptions. Mr Leung said further relaxation would be dependent on political factors, which are naturally difficult to ascertain.

“I don’t have a crystal ball, but it’s certainly possible. It depends on a variety of things and whether the decision-makers can see the impact on the economy. But theoretically, a change in the law could happen any time.”

The HSMC report shows there were 765,000 people employed in the logistics sector in 2014. Logistics accounts for 20% of total employment and 25% of Hong Kong’s GDP.

“The short-term economic impact is the immediate loss of throughput, which translates into job losses. But the long-term impact is probably far more troubling,” said Mr Leung.

He said since throughput growth within the Pearl River Delta was slowing,, local ports should be collaborating to better compete with other gateways like Shanghai and Singapore which don’t face the same internal competition for cargo.

The study is another reminder of the fragility of Hong Kong’s container business, which has seen consistent reduction in volumes in recent years. The port handled 14.1m teu for the first nine months of this year, down 8.5% year-on-year, while throughput fell by over 2m in 2015 to 20.1m teu.