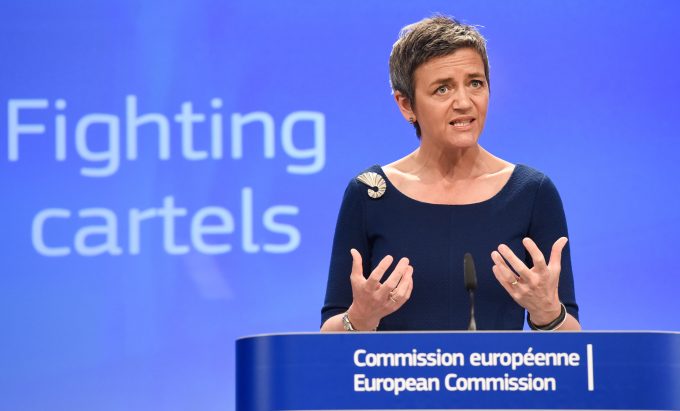 ESC maritime policy manager Fabien Bacquelin told The Loadstar: “In our opinion, there should not be any price announcement. The other characteristics, spot or contract, all-in or with surcharges, are commercial matters to be defined between shipper and its provider,” he said.

The EC spent four years investigating possible price-fixing among liner carriers, which centred around whether the GRI mechanism had allowed lines to coordinate on freight rates through “signalling” – when one competitor signals to the other market players when and by how much it alters prices, hoping or even expecting that the others will follow suit.

After finding few signs of collusion, but remaining suspicious of GRIs announced far in advance of implementation, EC representatives demanded that lines should announce GRIs within a month of the start date.

However, carriers pointed out that they had to operate under US Federal Maritime Commission regulations, which stipulate that rate increases cannot be announced less than 30 days in advance – a policy designed to protect US importer and exporters from sudden jumps in pricing – which could have left carriers unable to announce prices on transatlantic services.

To avoid this legal trap, a compromise 31-day limit was agreed by the EC for a trial period.

However, in a letter to the EC’s Ms Vestager from ESC president Denis Schoumert, the shipper lobby group has outlined four key arguments that could allow carriers to collude via GRIs.

Firstly the 31-day limit still gave carriers the opportunity to test pricing levels: “The ESC remains concerned that the practice may enable the parties to test a new price policy without incurring the risk of losing customers. They can also monitor whether or not they can reasonably implement this price increase.”

Secondly, the ability of carriers to coordinate capacity and service levels through the alliance system gives lines “the opportunity to take advantage of the information collected”.

Thirdly, it questioned whether the GRI mechanism might be taken up by other industries: “ESC fears that it might give birth to similar developments in other transport modes, such as air cargo industry.”

And finally, despite current rate levels – at record lows caused by severe structural overcapacity – it warned that this imbalance was expected to reverse at some point in the future.

“As capacity in the future will be reduced, in the years to come, even for big shippers, the GRI might turn into a much more directive instrument which could directly influence tariffs paid by big shippers,” Mr Schoumert wrote.