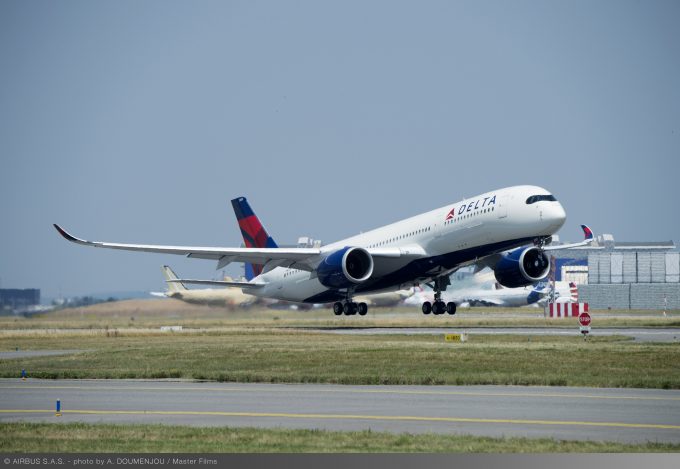 Delta Cargo has turned a corner, it believes, last week announcing that its second quarter revenue was up 10.9%, to $183m.

“We are building a business that is innovative, thoughtful and reliable. We have two key priorities: first is the operational reliability of delivery end-to-end.  Our second priority has been to develop systems, tools and people focused on ensuring that the customer is central to everything we do, from bookings to delivery.”

The growth in revenue was attributed to higher volumes. In June, Delta’s cargo tonne miles grew to 195,529, up 6% from May and 16% year-on-year, although its 12-month rolling average was down 2%.

The carrier seems to have come back from its much-criticised 2014 decision to split the cargo department into two, with sales reporting to passenger sales and cargo operations folded into passenger operations. Since then it has undergone management reshuffles, with Gareth Joyce taking over as head of cargo in May last year, who appears to have helped turn the carrier’s cargo fortunes around.

Ms Colvile said she wanted customers to choose Delta because of the quality of service.

“I want our customers to come to us with new business because they know we’re the best. When you’re delivering a product your customers celebrate, you’re doing it right. In a market that is oversaturated with capacity, if we get this right, we have a better chance that customers will bring their business to us through value creation and not just price.”

She added that Delta was focused on three parts of its business which would enable it to better its service quality: strong processes to help it maximise network capacity; good systems to make the process seamless; and highly motivated staff to take care of customer interests.

Last week, the carrier became the first US major to to attain CEIV pharma certification, allowing it to create the first CEIV-certified transatlantic network between Atlanta and certified partners in Amsterdam, Brussels, Milan, Paris and Rome.

Ms Colvile also noted that the airline intended to expand its new Dash Critical & Medical product, a GPS-enabled, same-day service with real-time tracking and monitoring and a 45-minute cut-off before a flight. It currently operates in 89 domestic destinations.

Delta is also seeing growth in the transport of high-end goods, such as fashion and cars, she said.

The airline is set to expand its cargo offering. Last week it submitted an application for codesharing with Aeromexico, and it has also widened its partnership with Korean Air, creating a transpacific joint-venture which will also include cargo.

It will take delivery of an A350 this month, which is destined for transpacific operations, and an A330 for the transatlantic.

The carrier reported overall adjusted pre-tax income for the June 2017 quarter of $1.85bn, a $172m increase a year earlier. Its adjusted operating margin was 18.4%.  You can see its full results here.

CMA CGM has published strong second-quarter results on the back of capacity and rate discipline, ...

On the wires: Untangled Ceva Logistics – the cracks are well hidden

“CEVA Logistics’ turnaround plan is underway and in line with our expectations.” – Rodolphe Saadé, ...

Despite the pandemic, Hapag-Lloyd recorded a net profit of $287m in the second quarter of ...

Yang Ming’s box business swung into the black in the second quarter, contributing a profit ...

Korean Air has bucked the global trend and made a profit in the second quarter, ...