David Ambridge quits air cargo – 'for a life of leisure' 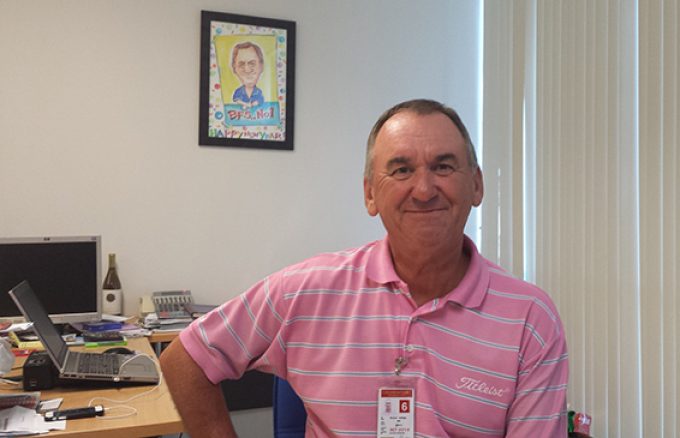 The incorrigible, outspoken and efficiency-driven David Ambridge, head of Bangkok Flight Services, has left the WFS subsidiary, insisting he has retired.

Mr Ambridge has been a consistently tough-talker in the air cargo industry, never failing to say what was on his mind, however undiplomatic. As a result, he has cheered-up no end of conferences, bringing colour and opinion to what could otherwise have been very dry sessions on cargo handling.

Together with the other top operations man, Saudia’s Chris Notter, he has consistently urged the industry to embrace technology, innovation and efficiencies, and while not everyone may have agreed with him, his drive and enthusiasm will be much missed.

Never one to shy away from telling customers how they could improve, he urged airlines to raise prices, improve processes for their handlers and bring in e-freight.

His name became synonymous with that of BFS, where he brought process improvements and technology during his 10-year tenure. Latterly, he was also director of cargo operations for WFS in Asia and Africa, tasked with the launch of several African operations.

Des Vertannes, former head of Etihad Cargo and IATA Cargo, said: “Dave and I began our careers in BEA  in the 70s, and our close working and personal relationship persevered throughout.

“A man of huge principle, dedication and passion, he always strove to improve and evolve cargo handing standards, volunteering to vocally lead and participate on industry committees and at events in a tireless effort. He will be sorely missed, but deserves his time to relax and enjoy life. Thank you, Dave, for your exemplary service to the industry!”

Mr Ambridge left WFS at the end of June following management changes. In 2015, it was acquired by Platinum Equity, a move which was followed a year later by the sudden departure of long-term CEO and shareholder Olivier Bijaoui, shortly after WFS acquired US handler CAS. Craig Smyth, of Menzies, was brought in as new CEO of the sprawling company and announced a series of management changes, which was also thought could herald the start of less autonomy at individual stations in WFS’s empire.

Mr Ambridge appears not to have been directly replaced at BFS, although Gonzalo Jacob was brought in to head Africa Flight Services. Mr Ambridge dryly remarked: “Maybe I set [BFS] up so well I didn’t need to be replaced!”

Glyn Hughes, chief of IATA Cargo, said: “Dave is passionate, dedicated, innovative and always seeking improvements by challenging the status quo. He has been a highly respected member of the air cargo industry for many years.  I already miss his wise counsel.”

Aside from his passion for cargo handling, Mr Ambridge will also be remembered for his charitable work. He was instrumental in raising money to build a day care centre for slum children in Bangkok with the Foundation for Slum Child Care, and consistently urged the air cargo industry to donate to charitable causes.

Mr Ambridge insists now his plan is simply “to relax and enjoy life”. But he’s never been one to sit on the sidelines.

The Loadstar wishes him well for the future, and thanks him for his encouragement – and for the many punchy quotes he has supplied.