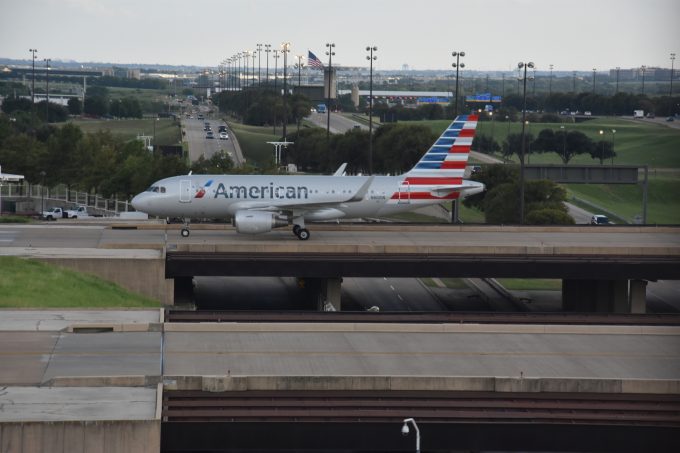 The agreement came little over a month after Air France announced its resumption of Paris-DFW service for March. The French airline joins DFW hub carrier American Airlines, which is already operating on the route.

John Ackerman, DFW’s executive vice-president, global strategy and development, said he saw promising opportunities to build up more cargo traffic between the two airports. One segment that has good potential is perishables, he noted. Luxury goods should also do well, he added.

The airport’s latest initiative reflects a stronger focus on cargo at DFW. Mr Ackerman acknowledged that the airport had no strategy to build up cargo traffic in the past. The board has been supportive of the vision that has since been developed and the steps to turn it into reality, he said.

One element of that strategy is a focus on pharmaceuticals and healthcare traffic. The airport has underlined this with a push for CEIV accreditation. According to Mr Ackerman, all the requisite training has been completed and IATA is now preparing for the audit. He hopes to see the process completed in the first quarter of 2019.

“We will be the second CEIV-certified airport in North America,” he said.

A key component for the CEIV push has been a 37,000 sq ft cargo terminal Dnata opened at the airport in March. Besides a general cargo area, the building houses 18,000 sq ft of cool chain infrastructure with various temperature zones, the airport’s first dedicated cool chain facility.

For the airport authority, this is a vital building block in its efforts to tap into the rising volume of traffic that moves between Asia and Latin America. The airport has a steady flow of inbound traffic from Asia, courtesy of home carrier American and all-cargo links by nine freighter operators. However, westbound traffic has been lagging so far.

“We’ve had some success with beef from Oklahoma and Kansas to Asia,” Mr Ackerman said, but added that he wanted to tap into perishables exports from Latin America to generate more volume heading west. Hence his top priority is to attract a freighter operator serving Latin America.

American Airlines has a strong belly network into the region, but he wants to see this supplemented with all-cargo flights. Negotiations with two interested carriers are in progress, he reported.

According to him, shippers from Latin America can save as much as two days in transit time by routing their traffic over DFW instead of other transfer points, thanks to the strong freighter links to Asia and daily passenger flights to both regions.

Bellyhold lift currently accounts for about half of the airport’s cargo capacity.

DFW has had some success with all-cargo connectivity between Latin America and Asia. A Lufthansa freighter from Mexico, which continues to Europe, brings in mangoes that are transferred to Asian departures. Still, this volume is negligible compared with the flows that reach the airport by truck from the maquila region in northern Mexico. American Airlines recently moved to boost its northbound volumes through an agreement with cross-border RFS provider Mexpress under which the airline puts flights numbers on Mexpress truck runs from a variety of points in Mexico.

About 60% of DFW’s volumes are transit shipments. While much emphasis is on transit cargo, O/D traffic is a strong component, fuelled to a large extent by the rapid growth on the airport’s doorstep. The Dallas/Forth Worth/Arlington area was the fastest growing metro area in the US in 2017. Amazon is on course for a threefold increase in the footprint of its distribution centres in the area between 2015 and 2019.

The airport authority is looking to beef up its cargo infrastructure to replace some older facilities.

“We are working on a redevelopment plan for an existing area,” Mr Ackerman said, adding that the airport had ample open land available for future development. Unencumbered by curfews or slot restrictions, the airport has plenty of room for growth.

Another area where Mr Ackerman sees scope for the airport to drive development is in the improvement of data flows between stakeholders in air cargo.

“An airport can play a much more active role than we were doing in the past,” he said. “There are some structural things that only an airport can address.”